The release date for The Real Housewives of Beverly Hills season 7 — December 6, 2016

This article has the most up-to-date info on the status of The Real Housewives of Beverly Hills season 7 as we continuously monitor the news to keep you in the know. Bravo has scheduled the premiere date for a new season for December 6, 2016. 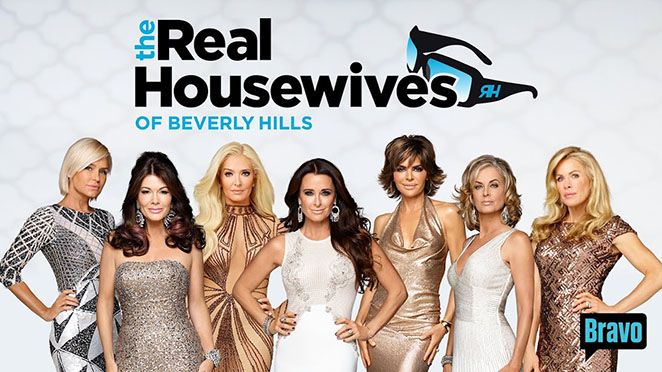 The Real Housewives of Beverly Hills (RHOBH) is a popular US reality series that`s been on the air since October 14, 2010. The series is the sixth part of the RHOBH franchise and has aired for 5 full seasons, with the sixth having premiered on December 1, 2015. It is produced by Evolution Media

The Beverly Hills housewives seem to be the most well-liked among their counterparts from other US regions. They seem to be dealing with at least some very real issues – there have over the course of the series been a suicide of a spouse, divorce, bankruptcy. For the rest of the time there is often some sense of the action being contrived and the dialogue scripted at least to some extent, but the betrayal, catfights, adultery, plastic surgery, gossip and rivalry are still rooted in reality. This season two new women have joined the cast, so the group dynamics are bound to change one way or another.

The viewership of the sixth season of RHOBH is more or less in line with the audience response to the previous seasons. The ratings are very good and steady, so it`s clear that the series has certainly found a stable audience in the years that it`s been on screen, and is not losing it just yet. Will there be another season of RHOBH on Bravo? Most likely, because the audience simply has to find out what new troubles are haunting these beautiful women from extremely privileged households, and get a share of some of the drama that ensues on screen. However, at this point there hasn`t been an official statement form the network on either a cancellation or a renewal of the series.

UPDATED April 28, 2016: The sixth installment of the all-pervading Real Housewives franchise, The Real Housewives of Beverly Hills, has been renewed for season 7 by Bravo as part of the bulk renewal announcement made by the network`s executive vice-president Jerry Leo. The allegedly best-liked chapter of the Real Housewives has great ratings momentum, which is likely to remain strong through another programming season. Please sign up for our updates and receive an automatic notification when a release date becomes available.

UPDATED November 2, 2016: If you thought that there can`t possibly be more drama or more luxury portrayed on screen, you were wrong – and the upcoming seventh installment of The Real Housewives of Beverly Hills is about to prove it beyond doubt. With all of the status toys like sports cars and yachts in place, there will be parts of the show filmed in Mykonos, Mexico and Hong Kong, featuring a lifestyle that the vast majority of the audience members will only see on television. There are two cast additions in season 7 – Dorit Kempsley, wife of talent manager Paul Kempsley and Eden Sassoon, heiress to the Vidal Sassoon empire. Tune in on Tuesday, December 6, 2016 at 9/8c and get ready for the glamorous ladies living out their increasingly more glamorous lives to the fullest.