This article has the most up-to-date info on the status of Flip or Flop season 7 as we continuously monitor the news to keep you in the know. HGTV has scheduled the premiere date for a new season for December 1, 2016. 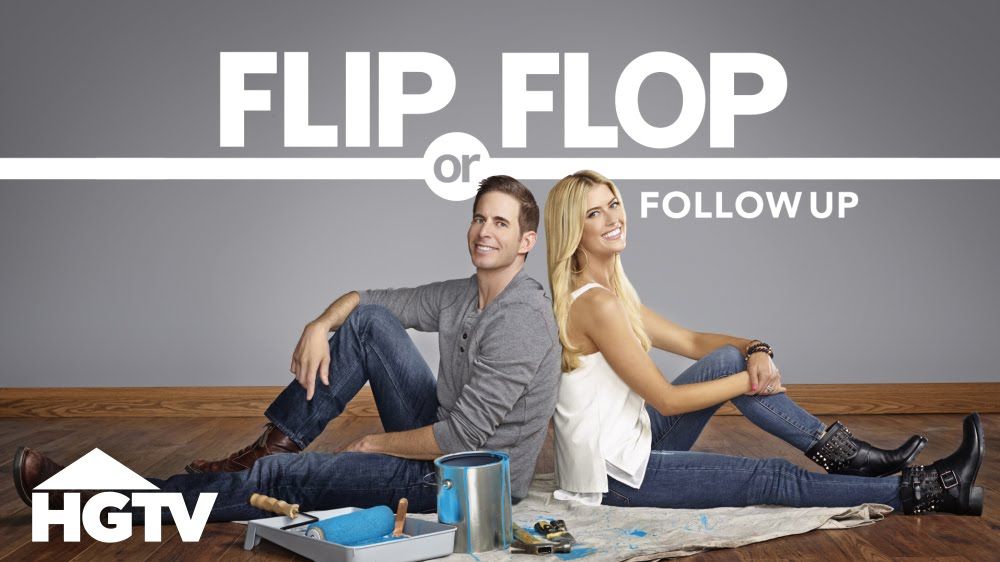 Flip or Flop is an HGTV documentary television series that`s been on the air since April 16, 2013. It is currently in its sixth season, which premiered on August 25, 2016.

The series follows Tarek and Christina El Moussa, a married couple who worked as real estate agents prior to the real estate market crash in 2008. After the market has steeply declined, they used their real estate expertise to go into the lucrative business of house flipping – buying a run-down property, or one in need of renovation, investing in its rehabilitation and then reselling it for a profit. The couple runs The El Moussa Agency, a thriving real-estate agency specializing in investment houses. As of today the couple has gone through hundreds of homes, and holds real estate investment workshops across North America. The series also focuses on family life of Tarek and Christina and their two children.

Flip or Flop has been criticized for being too far removed from reality and overdramatic, and dangerous in that it might misdirect some people`s unrealistic expectations of easy money in the house flipping business. Tarek and Christina are always successful in their flips on screen, 100% of the time, and they make no less than $50 000 per transaction, which is a bit too much to expect every time. The South California real estate market has seen great days, but it`s taken a serious fall in 2008 and many of the very lucrative transactions just don`t seem very plausible. Despite the criticism, the series has been extremely successful ratings-wise and is also known for attracting an upscale audience on cable. The sixth season is continuing the show`s triumphant run, topping previous season`s impressive averages, having premiered to 2.5 million viewers with a 0.6 demo rating and ranking #1 on the night of its broadcast. It seems like the chances of Flip or Flop coming back for a seventh season and inspiring more people to take after their example are very high, but there`s been no word from HGTV on the fate of the series yet.

UPDATED December 1, 2016: On December 1, 2016 HGTV`s popular renovation program Flip or Flop hosted by Tarek and Christina El Moussa will begin broadcasting its seventh season. What will the new installment bring? Will the couple continue to be as successful with their house flips as they have been throughout the show`s run? Are there any changes in the upcoming season? No details have yet been revealed, but the wait is not too long, so please stay tuned and find out for yourself.