This article has the most up-to-date info on the status of Marriage Boot Camp: Reality Stars season 7 as we continuously monitor the news to keep you in the know. WE tv has scheduled the premiere date for a new season for January 6, 2017. 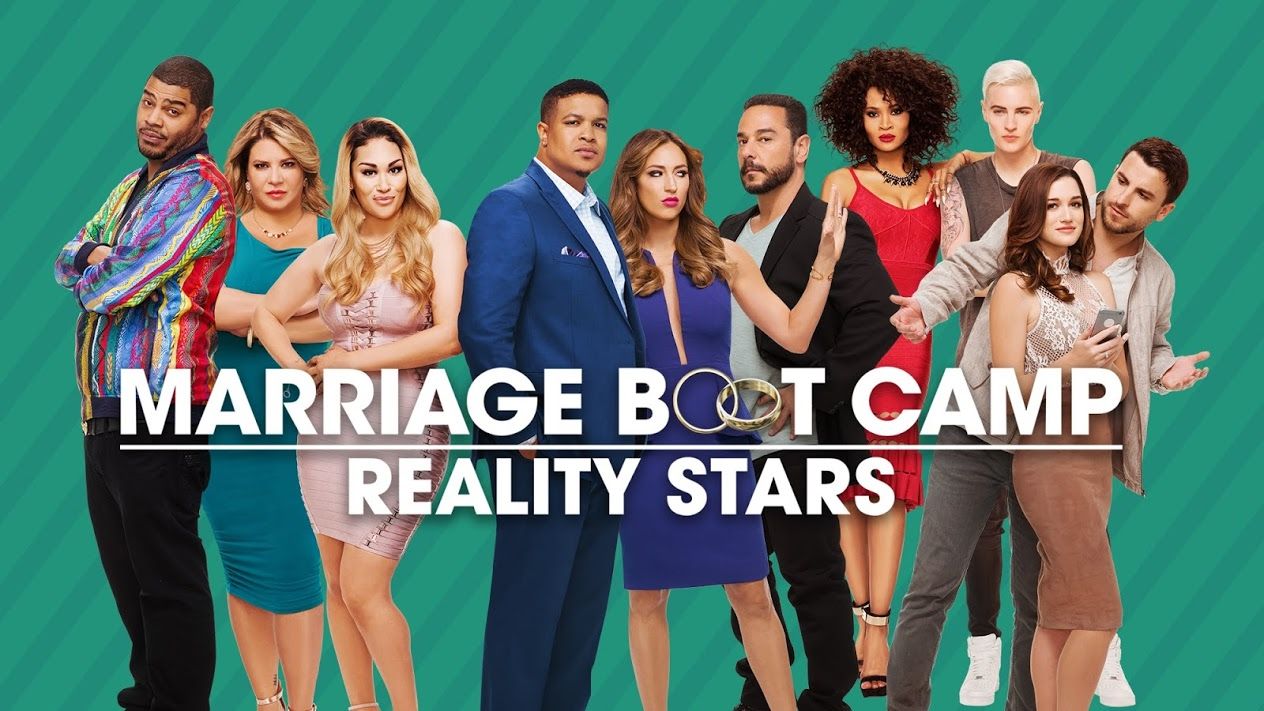 Marriage Boot Camp: Reality Stars is a popular American reality TV series. A spin-off from Marriage Boot Camp: Bridezillas, it premiered under its current name on May 30, 2014 on WE tv. It is produced by Thinkfactory Media and September Films and executive produced by Adam Freedman, Adam Reed, Erin Richards, Leslie Greif, Lauren Gellert and Suzanne Murch. Season 6 debuted on October 7, 2016.

The series follows celebrity couples from other reality series while they live in the compound at the filming location and attempt to salvage their troubled relationships. A husband-and-wife counseling team, Jim and Elizabeth Carroll along with David Bishop and Ilsa Norman were there to help the struggling couples figure out how and what to do, and in some cases, how to find out whether their relationship is even salvageable to begin with. This season Jim and Elizabeth were replaced by Dr. Ish and Dr. V, which created some serious turmoil for the fans. The cast of the current season includes Jade and Tanner (Bachelor in Paradise), Jim and Amber (RHONJ), Karen and Storm (Mob Wives) and KeKe and Michael (R&B Divas: Atlanta). Join the celebrity couples on their journeys to harmony in the most explosive season yet, with a secret same-sex affair already disclosed and other revelations surely bound our way.

Marriage Boot Camp has been a hit for WE tv throughout all of the cycles, as everyone in the audience has probably faced issues similar to those that the couples on the small screen. Perhaps to a smaller extent, perhaps in a different manner, but the problems are still the same – communication skills, unwanted pregnancy, affairs, secrets coming out unexpectedly at the worst possible time – nothing new has been invented. Finding out how other people deal with the same issues is always curious, so there`s no wonder that Marriage Boot Camp enjoys the popularity that it does. The current season premiered to 0.76 million viewers, although the “Most Outrageous Moments” special episodes launched immediately preceding the first episode drew just 0.28 million viewers. However, with the departure of the Carrolls, the people who launched Marriage Boot Camp long before the television show existed and hands-down fan-favorites, the chances of the show returning with another installment are not as clear, since numerous fans didn`t take well to their absence. There`s been no official word from the network yet, so please stay tuned for the latest info.

UPDATED December 2, 2016: Good to know that WE tv is not going to torture the devoted fans of reality series Marriage Boot Camp: Reality Stars with long breaks in-between seasons, and has already scheduled the premiere date for season seven. The upcoming installment will air on January 6, 2017, with the cast already announced: Renee Graziano (Mob Wives) and Joe, PreMadonna (Love and Hip Hop Atlanta) and Buck Thomas, Gabi Victor (Bad Girls Club) and Victor, Amy (Duggar) King and Dillon King and Ashley (Herbert) and J.P. Rosenbaum from (The Bachelorette 2011). Tune in and enjoy the reality drama, just don`t get an overdose of it.