This article has the most up-to-date info on the status of Tattoo Fixers Series 4 as we continuously monitor the news to keep you in the know. E4 has scheduled the premiere date for a new season for December 7, 2016. 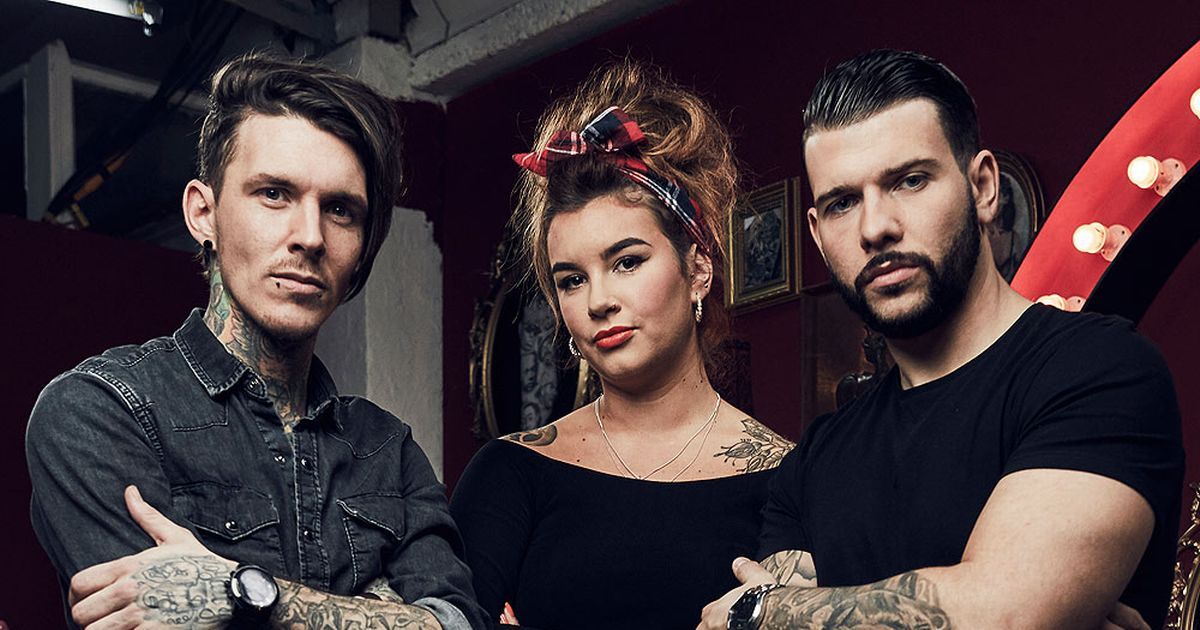 Tattoo Fixers is a British reality/documentary TV series created by Jamie-Lee Ingram and airing on E4 since June 23, 2015. The second series aired on December 22, 2015. The program is produced by Studio Lambert, executive produced by Tim Harcourt and is also broadcast in Australia.

The series follows three tattoo artists as they work on previous poorly rendered tattoos per clients` requests. Alice Isabelle Perrin, James Michael “Jay” Hutton and Steven “Sketch” Reppin are all top-notch UK tattoo artists from all over the country. The talented trio fixes tattoos so terribly done that it comes as a shock even to such experienced artists, as they themselves have admitted. There are misspelt words and phrases, ex`s names and all kinds of silly things, most of which are results of excessive alcohol consumption.

On July 29, 2016 Tattoo Fixers launched its third series, titled Tattoo Artists on Holiday, which took the tattoo artists to the hotspot coastal town of Malia, Crete, famous for its party scene. However, Alice, Jay and Sketch are working even on their much needed holiday, and the audience is once again witness to their creative skills. The original series premiere broke E4`s ratings record for its time slot, and has actually seen an increase in the audience size as the freshman series progressed. The temporary cover-up clinic in London Hackney will probably see more of the hilarious and ridiculous ink mistakes of various degrees. Tattoo Fixers has been a huge success for the E4 network, and the third series is continuing with this trend, with 797,000 viewers tuning in to see the premiere episode, and an audience of 612,000 for the series 3 finale. It seems very likely that the talented and attractive crew will reopen the doors of their tattoo parlor for yet another series and the viewers will get an opportunity to observe the artists` highly professional work, to laugh and to get annoyed by the scripted bits of dialogue that stand out in an unpleasant manner.

UPDATED November 30, 2016: The brand new fourth chapter of reality series Tattoo Fixers is scheduled to premiere on E4 on December 7, 2016. More of the crudest and most ridiculous tattoo blunders requiring a fix will be featured on the upcoming installment, and a festive-themed episode is rumored to be set for around Christmas time. Sign up for our updates, and we`ll drop you a reminder one day prior to the release date of Tattoo Fixers series 4.

The release date for Face Off season 11 — PendingThis article has the most up-to-date info on the status of Face Off season 11 as we continuously monitor the news to keep you in the know. Syfy has officially renewed the series for another season…