This article has the most up-to-date info on the status of Chef`s Table season 4 as we continuously monitor the news to keep you in the know. Netflix has officially renewed the series for another season. To get notified of the premiere date – subscribe for updates below. 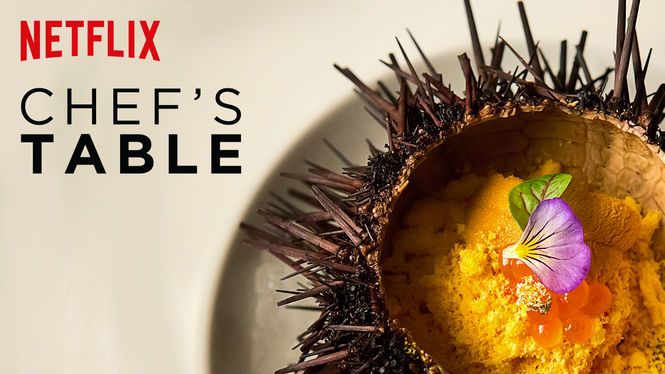 Chef’s Table is the Primetime Emmy Award-nominated and internationally popular American documentary series that is available exclusively on Netflix. The web series became the first original docuseries produced by Netflix as part of the network’s initiative to expand its original documentary programming. The docu-series was created by David Gelb (The Lazarus Effect, Jiro Dreams of Sushi) who also serves as an executive producer for the show alongside Matt Weaver (We`re the Millers), Andrew Fried (That`s Racist with Mike Epps) and Brian McGinn (Would You with Dave Franco). The documentary was directed by David Gelb, Andrew Fried, Brian McGinn and Clay Jeter (Jess + Moss). Yet another mega-successful Netflix original debuted online in its entirety on April 26, 2015, and the current season 3 was released on September 2, 2016.

The main characters of the docuseries are world famous chefs that talk about their lives, their restaurants and how they come to create their culinary masterpieces. The geographical scope of the show extends from Sweden to Argentina, but since this is an American TV series, it plays special tribute to the Anglo-Saxons represented by chefs from New York and Melbourne, and ethnic Japanese Niki Nakayama from Los Angeles. Such strategy, in our opinion, is rather questionable – appearing next to such mastodons like Massimo Bottury, whose restaurant for the past three years has been one of the best three restaurants in the world, the enthusiasm of "ah, farm restaurant in New York" looks pretty funny, if not slightly pathetic.

Season 2 of the highly-praised Chef’s Table was released worldwide in its entirety (6 parts) to Netflix subscribers on Friday, May 27, 2016. A sophomore chapter of this thoughtful, inspiring and beautifully made docuseries features six accomplished chefs from around the globe: Alex Atala from Brazil, Ana Roš from Slovenia, Dominique Crenn and Grant Achatz from the US, Enrique Olvera from Mexico and Gaggan Anand from Thailand. The response from viewers and critics has been nothing but extremely positive.

The third installment is fully dedicated to France and the very best of French chefs. The four top professionals featured are Alain Passard (L`Arpege), Michel Troisgros (Maison Troisgros), Adeline Grattard (Yam`Tcha) and Alexandre Couillon (La Marine). Their professional evolution and the philosophy behind their cuisine are explored in a careful and insightful manner. There`s no doubt that Chef`s Table season 3 will garner as much praise as the previous two chapters.

Finally, in the beginning of 2017, another installment of the docuseries will be launched, featuring six more renowned chefs. Please stay tuned for Chef`s Table season 4 release date announcement and further details.

Share this with friends:
ReleaseDate.show » Release » Netflix has officially renewed Chef`s Table for season 4
Related Serial
When Will