This article has the most up-to-date info on the status of The Willis Family season 3 as we continuously monitor the news to keep you in the know. Unfortunately, TLC has officially canceled the series. There will be no season 3. 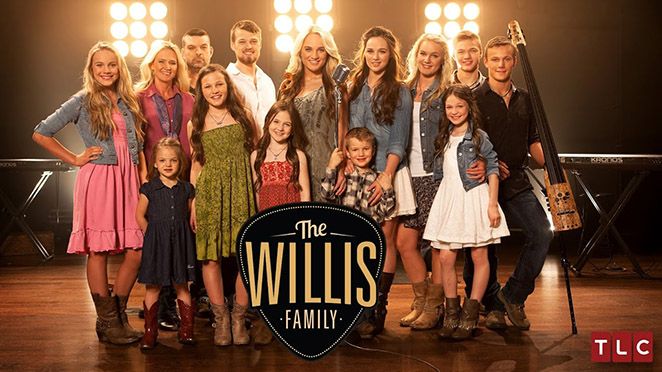 The Willis Family is a reality TV show about a family of entertainers that airs on TLC. The series follows a family of fourteen as they work to make their dreams come true at home and on the road. Created by Sean Overbeeke, The Willis Family originally premiered on May 5, 2015 and its second eight-episode season debuted recently on March 15, 2016.

Hailing from Nashville, TN, four boys, eight girls and their parents Brenda and Toby introduce viewers to what like is like on the road. Audiences first fell in love with the Willis’ as finalists on America’s Got Talent, and logging in more than 6 million views of their performance on YouTube. In season 1 audiences followed The Willis Family as they produced and recorded their new album. Getting ready for their West Coast tour and hosting an Irish music festival – all these are to be developed in the current season

With an initial thirteen episode run, the first season averaged 1.4 million viewers per episode. The family’s popularity on television and online has propelled them, and their careers — at least in reality TV — to new heights. The second series of The Willis Family portrays Brenda and Toby Willis and their 12 kids settling into a more stable lifestyle in their Nashville house after their nomadic life has (temporarily?) come to a halt. The Willis family is recording another album, dealing with new challenges, homeschooling the children as some roles within the family shift.. It has to be noted that the current viewership ratings are significantly lower than those of the previous season. The most recent episode has averaged just 0.857 million viewers, and scored a 0.2 rating. What this will mean for TLC`s further plans regarding The Willis Family series remains to be seen. Stay tuned for further announcements!

UPDATED September 13, 2016: Another sex scandal revealed after the controversy-ridden Duggar family has more or less settled its dues – the Willis family patriarch of the popular TLC reality series The Willis Family was arrested and charged with child rape. Following the charges the show was immediately canceled, so obviously there is no season three on the horizon. Farewell, the Willis family, and good luck.