This article has the most up-to-date info on the status of Restoration Wild season 2 as we continuously monitor the news to keep you in the know. Animal Planet is yet to make a decision on its future. Subscribe to our automatic updates below. 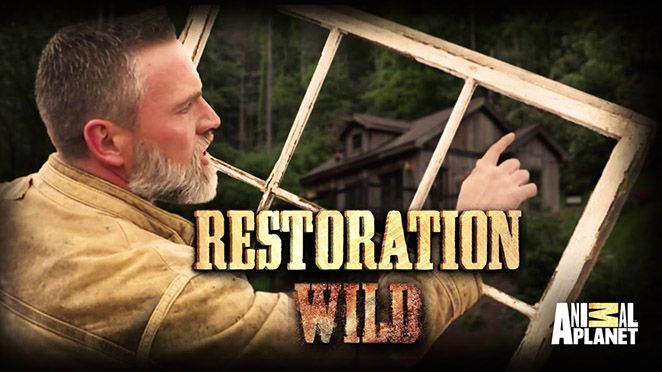 Restoration Wildlife is a new American outdoors/wildlife/environmental build reality television series. It is produced by Loud TV, directed by Paul McGuire and is currently broadcast on the Animal Planet network since its debut on Friday, November 6, 2015.

The series monitors the expert building team and its leader Jay Chaikin, a visionary builder and wilderness fan, as they travel through a number of US states, find interesting old structures abandoned in nature and rebuild them beyond recognizability. These men find pleasure in managing to turn the run-down properties into one-of-a-kind inhabitable spaces. An old bus, a train car, a dilapidated cabin in the woods – anything is possible with imagination, skills and perseverance. In the very first episode Chaikin and his team convert an old tractor barn into a retreat space with a unique waterfall view. This is actually Chaikin`s second stint on television – in 2012 he starred in National Geographic`s “Abandoned” - a series with a somewhat similar premise.

The series contains 6 one-hour episodes, each following one property`s transformation. Six instances of breathing new life into abandoned spaces. The series` current ratings fluctuate around 0.36 million, which, of course, is far from the record numbers brought in by top hit series. However, the joy of giving beautiful things a new life is a joy almost forgotten in the modern-day society of disposable products. Perhaps it will inspire enough viewers for the Animal Planet network to continue Restoration Wild for another season.

Subscribe to receive news and updates when a show is renewed or canceled. You will receive an automatic email when theRestoration Wild season 2 Episode 1 release date is officially announced.

Share this with friends:
ReleaseDate.show » Release » Animal Planet is yet to renew Restoration Wild for season 2
Related Serial
When Will