The release date for The Cube Series 10 — Pending

This article has the most up-to-date info on the status of The Cube Series 10 as we continuously monitor the news to keep you in the know. ITV is yet to make a decision on its future. Subscribe to our automatic updates below. 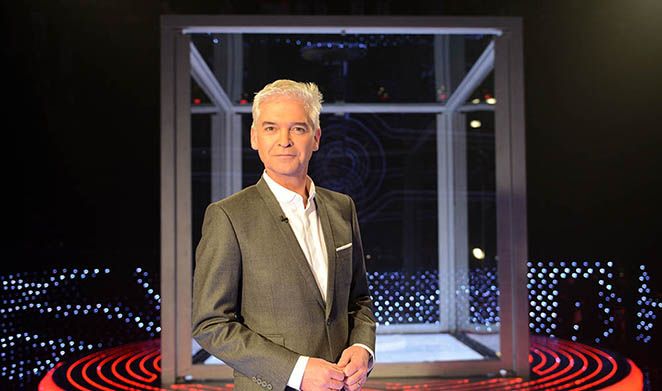 The Cube is a long running and critically acclaimed British TV game show hosted by Phillip Schofield where contestants compete for a grand prize of £250,000 from inside a 4x4x4 meter Perspex cube. Created by Adam Adler and produced by Objective Productions, the series first debuted on ITV on August 22, 2009 and has been airing for nine successful seasons.

Contestants compete in front of a live studio audience and are put through the wringer as even mundane tasks become a challenge when confined to The Cube. Feeling isolated and sometimes downright claustrophobic, contestants must persevere to maintain their concentration and problem solving skills under pressure. Audiences observe the intense anxiety as each contestant steps into The Cube and tries to stay composed while completing their assigned challenge.

Season 9 of The Cube premiered on ITV on June 3, 2015 and was met with another round of excellent viewer ratings. Nominated for a slew of awards, including the TV Choice Awards, as well as the National Television Awards, the series won three coveted BAFTA awards in 2011. So successful is the format, that starting in 2015 eleven countries have produced their own versions of the show. The network has not announced a renewal of The Cube for season 10, but given its popularity, we expect that a tenth season will likely be greenlit. Fans will have to stay tuned for more updated information.

Subscribe to receive news and updates when a show is renewed or canceled. You will receive an automatic email when theThe Cube Series 10 Episode 1 release date is officially announced.

Share this with friends:
ReleaseDate.show » Release » ITV is yet to renew The Cube for Series 10
Related Serial
When Will