The release date for In The Cut Season 3 — Pending

This article has the most up-to-date info on the status of In The Cut Season 3 as we continuously monitor the news to keep you in the know. Bounce TV has officially renewed the series for another season. To get notified of the premiere date – subscribe for updates below. 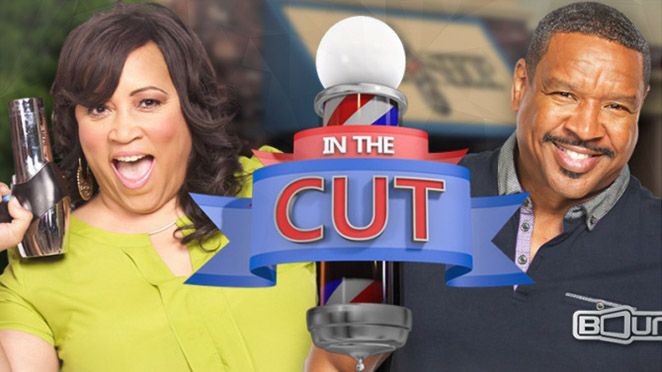 In The Cut is a new American television series that follows the life of Jay Weaver (Dorien Wilson), who is a barbershop owner trying to bond with his adult son he never knew he had. Created by Kyle Evans (The Jamie Foxx Show) for Bounce TV, the show stars Jackee Harry, Ken Lauson and John Marshall Jones. In The Cut premiered on August 25, 2015, and the second season kicked off on July 5, 2016.

Each half-hour episode features a healthy combination of drama and comedy, as Jay deals with the day-to-day life of a busy barbershop while working alongside his feisty ex-wife, who runs a beauty salon next door. One day, a young man named Kenny shows up at Jay’s door claiming to be his 31-year-old son from a youth fling. Though Jay is somewhat shocked, he lets Kenny stick around and even offers him a role in the “family” business. Throughout the series, we see how Jay bonds with Kenny, attempts to have a business relationship with his ex-wife and business partner Nadine, and tries to restrain his sidekick Smitty.

Popularity and renewal for third season

Bounce TV is the first African-American broadcast network in the US and In The Cut has quickly become the most-watched original series in the channel’s history. The second season features the reunited father and son duo implementing a jailbreak, pranks at the barbershop and Jay`s growing romantic interest in Cheryl. Kellita Smith (The Bernie Mac Show, The First Family) is the newest addition to the cast, and guest appearances by singer Angie Stone, Kenny Lattimore, Rolonra Watts and other celebrities are generously featured. In April 2016, well before the premiere of the sophomore installment, In the Cut was renewed for a third season, set to air in the third quarter of 2017.

Share this with friends:
ReleaseDate.show » Release » Bounce TV has officially renewed In The Cut for Season 3
Related Serial
When Will