The release date for A Haunting season 10 — Pending

This article has the most up-to-date info on the status of A Haunting season 10 as we continuously monitor the news to keep you in the know. TLC is yet to make a decision on its future. Subscribe to our automatic updates below. 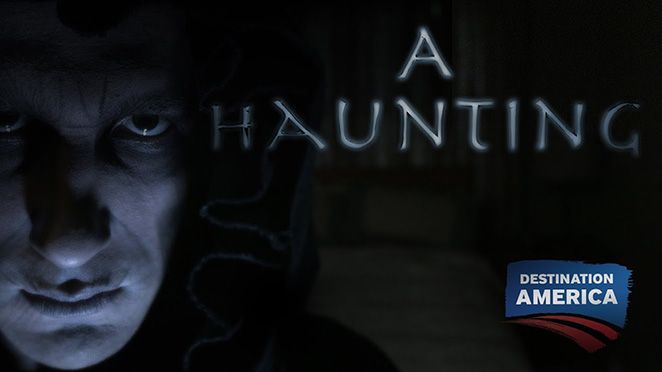 A Haunting is an American paranormal and mystery anthology television series. It was broadcast in 2005-2007 on Discovery Channel, and subsequently moved to Destination America and TLC from 2012 on. The show is currently in its ninth season, which premiered on October 21, 2016. A Haunting is produced by New Dominion Pictures and narrated by Anthony D. Call.

Each episode of A Haunting features several encounters with the paranormal world. The accounts of these occurrences are most often presented in the form of dramatic re-enactments with commentary by the investigators and eyewitnesses. Indoors and outdoors, within the US and internationally, hauntings, ghost appearances, devil possessions – if it`s bizarre and related to paranormal activity, it`s probably been investigated on A Haunting. The paranormal series’ new chapter with an episode called A Living Nightmare, depicting one family’s frightening encounter with otherworldly forces.

The current season premiered to 582,000 viewers and a 0.18 demo rating, and went up to 652,000 viewers and a 0.2 rating for the following week. The viewers and critics seem to unanimously agree that the programming quality is very high, especially when compared with similar programs that utilize cheap special effects, promote stereotypical stories and bad acting. A Haunting provides genuinely riveting, chilling entertainment through real first-hand accounts of actual events. There has been some criticism on grounds of lack of research by the production team leading to misleading information being portrayed on the show, as well as for the stories being fictional. However, the number of the series` fans who aren`t particularly concerned by the amount of creative license that the writers take is far greater than the numbers of its opponents, and the series is very likely to be continued. An 8/10 IMDb score is a strong indication of excellent renewal potential, so please stay tuned, and we will bring you the latest info on the future of the show.

Subscribe to receive news and updates when a show is renewed or canceled. You will receive an automatic email when theA Haunting season 10 Episode 1 release date is officially announced.

Share this with friends:
ReleaseDate.show » Release » TLC is yet to renew A Haunting for season 10
Related Serial
When Will

Destination America is yet to renew Ghost Asylum for Season 4

LMN is yet to renew The Haunting Of for Season 7