This article has the most up-to-date info on the status of Royal Pains Season 9 as we continuously monitor the news to keep you in the know. Unfortunately, USA Network has officially canceled the series. There will be no Season 9. 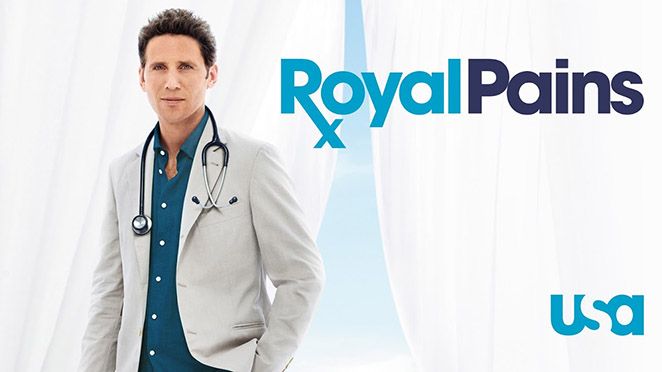 Royal Pains is an American comedy-drama television series that follows a young doctor who moves from a New York emergency room to the Hamptons and becomes the on-call doctor for the area’s rich and famous. The series first premiered in June of 2009 and has had a very well-received 7 season run. Royal Pains Season 8 premiered on USA on May 18, 2016.

Hank Lawson was a young emergency room doctor wrongfully accused of a patient’s death. Blacklisted by the medical community, he’s encouraged by his younger brother to move to the Hamptons and become a private medical doctor for the area’s many wealthy inhabitants. Although this seems like a dream come true, to Hank doing well for himself isn’t the only motivation, so he also attends to those who are in need of care, but are unable to pay.

Royal Pains has been one of the highest-rated USA Network shows, although its viewership has gone down from over 5 million per episode to just 1.6 million. Scoring a solid 58% on Rotten Tomatoes and 7 out of 10 on IMDb, this series still has millions of loyal followers, which is why it’s not surprising that the network renewed it for season 8 at the same time it picked up season 7. It has also announced that the eighth season ill be the final one for the series. The current season of the Hamptons-set medical drama features a musical episode and an episode that will transport the audience to Hong Kong. Even though the viewership has dropped considerably over the course of the series` run, it was still one of the most popular USA network series for season 7, with an average over 3 million total viewers and over a million in the most coveted adult demos (18-49 and 25-54). Andrew Lenchewski and Michael Rauch expressed their sadness and gratitude as they thanked all who were involved in the production of Royal Pains.

The last one of the USA network`s “blue skies” series has come to the end of its eight-season run on July 6, 2016. The season and series finale of the medical comedy/drama Royal Pains has concluded an era for USA, and the new period in the channel`s development is marked by the likes of the dark and edgy Mr. Robot. The show concluded with an audience of 1.8 million viewers, a two-season high, and a 0.31 rating in the 18-49 demo. The final episode, “Uninterrupted”, wraps up all the loose ends and lets the audience be satisfied with the way in which their favorite characters live happily ever after. Hank briefly considers Boris`s offer to leave Hamptons with him, but goes to Africa instead and commits to a relationship with Jill. In the flash forward that concluded the series they are seen together in the Hamptons again, but without any explanation of whether it is a vacation or their home again. Evan and Paige become happy parents of twins and three foster children and move into the estate that Boris leaves to Evan when he departs from the Hamptons. Thus the series is laid to rest with everyone in the best of predicaments, and the fans can at least find solace in this thought.

CBBC is yet to renew Hank Zipzer for series 4

The release date for Hank Zipzer series 4 — PendingThis article has the most up-to-date info on the status of Hank Zipzer Series 4 as we continuously monitor the news to keep you in the know. CBBC is yet to make a decision on its future. Subscribe…