This article has the most up-to-date info on the status of It`s Always Sunny in Philadelphia season 12 as we continuously monitor the news to keep you in the know. FXX has scheduled the premiere date for a new season for January 4, 2017. 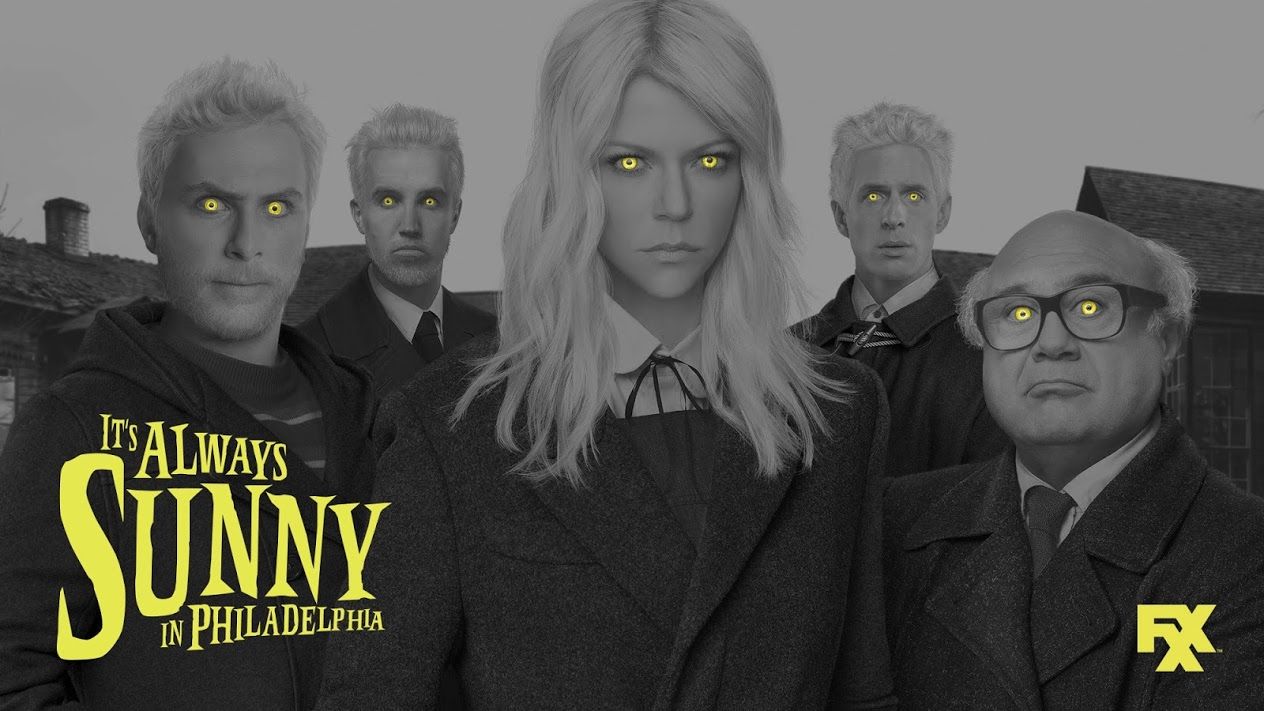 It`s Always Sunny in Philadelphia is a black comedy television sitcom that`s been running on FX since August 4, 2005, and has been moved to FXX starting in its ninth season. The current 11th season premiered on January 6, 2016. The series was created, developed and executive produced by Rob McElhenney. He wasn`t doing all of it alone – Glenn Howerton collaborated on development and writing, with Charlie Day contributing to the writing as well. It`s Always Sunny in Philadelphia is produced by 3 Arts Entertainment, RCG Productions, Bluebush Productions, Jersey Films and FX Productions.

If you think that depraved underachievement is easy, think again and take a good look at how complicated life gets for the folks at It`s Always Sunny in Philadelphia. Each one of the group displays an array of negative qualities and engages in a variety of activities that sometimes border on criminal, but are most often just unethical and ridiculous. Twins Dennis and Dee Reynolds (Glenn Howerton and Kaitlin Olson), Charlie Kelly (Charlie Day) Ronald McDonald (Rob Mc Elhenney) and Frank Reynolds (Danny DeVito) are the gang behind the dilapidated Irish bar called Paddy`s Pub, where most of the action takes place.

This show has attracted an almost cult following, and has received almost universally positive reviews throughout its run. Jonathan Storm of the Philadelphia Inquirer had dubbed the series “Seinfeld on crack”, and the tagline had stuck to the point of eventually being used as a slogan by the FXX network. The series has already been renewed for a twelfth season as a part of a three-year deal, but the release date has not yet been set by the network, so please stay tuned for further details.

A 10-episode eleventh chapter of the hit FXX network’s sitcom It’s Always Sunny in Philadelphia wrapped up on March 9th on not such a bright note, ratings’ wise. The season finale has only attracted 0.46 million viewers to the small screen, making it the lowest-rated episode of the season (in contrast, the premiere episode delivered more than 0.7 million viewers). It is a good thing then that the show has already been renewed for another round. We personally think that the final episode was really funny and, most importantly it stayed true to the show’s tone and irreverent humor. That was particularly evident in a scene when facing a possible death the members of The Gang chose to reveal each other’s dark secrets instead of making personal confessions. The twist ending was especially delightful and hilarious.

UPDATED: April 5, 2016: As season 11 of the FXX hit comedy series It`s Always Sunny in Philadelphia has just wrapped up its US broadcast, and with season 12 already in the works and set to air in early 2017, FXX took a very decisive step and renewed the series for two more cycles at once – seasons 13 and 14. This ultra early renewal decision certainly gives the production teams the always welcome extra time to work on new ideas, intensifying the drama and honing the comedic twists. Stay tuned for a release date of It`s Always Sunny in Philadelphia season 12 and for the relevant info on the two subsequent installments.

UPDATED November 8, 2016: In the middle of the winter it`s good to make sure that It`s Always Sunny in Philadelphia. Right after the holiday season ends, on January 4, 2017 at 10pm the crew is back in the 12th season of the popular comedy that will bring the much-needed laughs into our lives. Charlie, Ronald, Dee, Frank And Dennis will have as much fun as always, visiting a waterpark, managing to survive a serious problem with the Wolf Cola PR and continuing to tend bar in the all-new episodes. Sign up for our automatic updates, and receive a reminder one day prior to the premiere.