This article has the most up-to-date info on the status of Secret Space Escapes season 2 as we continuously monitor the news to keep you in the know. Science Channel is yet to make a decision on its future. Subscribe to our automatic updates below. 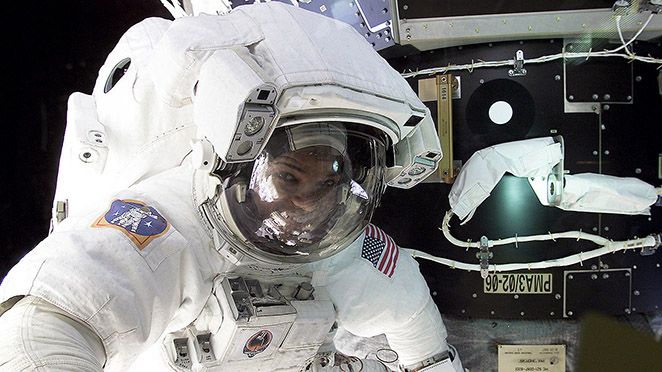 Secret Space Escapes is a new documentary series that is currently airing on the Science Channel, following its debut on November 10, 2015. The dramatic 8-part series recaptures dangerous incidents that occurred in outer space while the astronauts were on their missions throughout the history of space research – from 1969 to as late as 2013. ITV Studios America produced the series with Vincent Kraylevich and Patrice Andrews serving as executive producers.

Surely enough, the public knows about the accidents that end tragically, but no one ever hears the terrifying stories of all the close calls, things that almost went terribly wrong, but, due to a mix of the astronauts` quick wits, and good luck, actually turned out well. You will see near collisions, an oxygen canister on fire, crash landings and other details that might make you reconsider your childhood dream.

The stories are told solely first-hand by the astronauts who actually survived these near-disasters and the mission control personnel who assisted them in the fight for their lives in outer space. The dramatic archival footage, some of it never released to the public before, and the reenactments illustrate the already terrifying stories.

Ongoing season and chances of renewal

The spectacular stories are fascinating to the documentary lovers, and the way in which they are demonstrated makes the series an emotional experience as well as an intellectually breathtaking journey. To enhance the viewing experience, the Discovery Channel has launched “Spacewalk Mayday” a virtual reality tour reenacting one of the events from the Secret Space Escapes, available on a computer or in a phone app. Although there hasn`t been any word from the network on the renewal of the show, there certainly is a niche for such an entertaining and educational series. Hopefully, there will be a second season of the Secret Space Escapes docu-series.

Subscribe to receive news and updates when a show is renewed or canceled. You will receive an automatic email when theSecret Space Escapes season 2 Episode 1 release date is officially announced.

Share this with friends:
ReleaseDate.show » Release » Science Channel is yet to renew Secret Space Escapes for season 2
Related Serial
When Will