This article has the most up-to-date info on the status of Miraculous Tales of Ladybug and Cat Noir season 2 as we continuously monitor the news to keep you in the know. Nickelodeon has officially renewed the series for another season expected to debut in summer 2017. To get notified of the exact premiere date – subscribe for updates below. 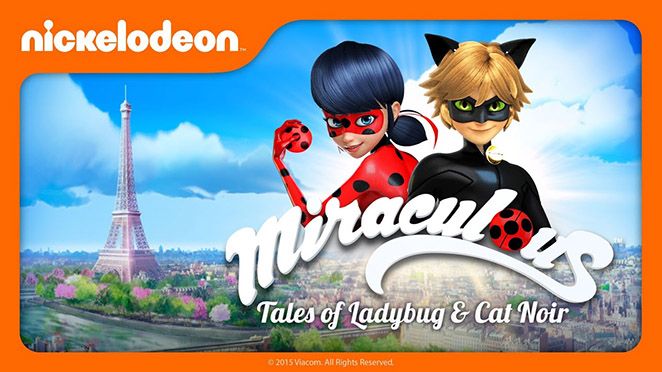 Miraculous Tales of Ladybug and Cat Noir, or Miraculous, is a French CGI-animated action and adventure series. It is based on Thomas Astruc`s original idea, and was co-produced by Zagtoon, Method Animation and Toei Animation with world-wide cooperation. The series premiered in South Korea on September 1, 2015, and the US debut took place on December 6, 2015 on Nickelodeon.

Miraculous is built around a well-known scheme – regular person by day, superhero by night saves the world time and time again. There are two co-stars here, classmates Marinette and Adrien, who are not aware of their partner`s regular identities, so when they meet in school it`s all the usual pre-teen awkwardness. Originally the series was meant to be targeted at teens and young adults, with political issues interwoven with the plot. However, that failed to interest the networks, and Miraculous was rebranded for a younger audience.

Miraculous is generally a positive series to watch, it is fun, colorful, and provides good role models and behavior patterns. The quality of the anime-influenced animation and the lovely music score are praised as well. The series has become very popular, and Jeremy Zag of Zagtoon Inc. announced on November 20, 2015 that the second and third season of Miraculous are in the works, each to consist of 26 episodes, just like the current freshman season. That was later confirmed by a twit written by one of the series` writers. Stay tuned for an official statement from the network to make sure that the animated series is indeed renewed.

UPDATED June 19, 2016: No exact release date set yet, but we`re getting closer! The second season of Miraculous Tales of Ladybug and Cat Noir are tentatively scheduled for release early in the summer of 2017, and the series has also been picked up for a third season! New developments are bound to take place in the upcoming installment, as new superhero friends are rumored to appear, and new “akumatized” villains will be introduced in each episode. Additionally, Marinette might be temporarily going to Hong Kong, as there are hints of a Christmas special being developed. Stay tuned for further announcements!

UPDATED July 24, 2016: While the fans of the charming French animated series Miraculous Adventures of Ladybug and Cat Noir already know there`s a lot in store for them in the future with the series renewed for two more seasons, Nickelodeon thought of a way to keep them from missing their favorite characters too much. A brand new two-part special titled “The Origin Story” will hit the screens on Saturday, August 6, 2016 at 8:00 and 8:30am ET/PT. Subsequently, there will be more brand new episodes airing on Saturdays at 8:30am. In another exciting development, Laura Marano has also just released her new music video with the Miraculous theme song. Enjoy the show and stay tuned for the release date of season 2!

Share this with friends:
ReleaseDate.show » Release » Nickelodeon officially renewed Miraculous Tales of Ladybug and Cat Noir for season 2 to premiere in summer 2017
Related Serial
When Will