This article has the most up-to-date info on the status of Lego Nexo Knights season 3 as we continuously monitor the news to keep you in the know. Cartoon Network is yet to make a decision on its future. Subscribe to our automatic updates below. 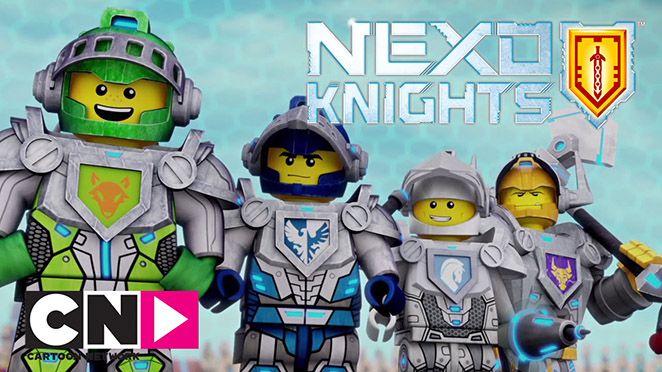 Lego Nexo Knights is an American animated fantasy and action television series based on the line of Lego Bricks construction sets. It is developed by Tommy Anderson, Samuel Thomas Johnson, Martin Dalsgarrd and Heidi Rathschau Niesen, executive produced by Torsten Jacobsen, Ole Holm Christensen and Lotte Kronborg, and produced by The Lego Group and M2 Entertainment. The second season of the animated program was launched on August 13, 2016.

The adventures of five knights – Clay, Aaron, Lance, Macy and Axl – are portrayed in the series, as they defend their kingdom, fight evil monsters and do the usual honorable knight things starting on January 11, 2016.

Lego Nexo Knights airs internationally in Europe, the Middle East, Canada, Australia and New Zealand. A mobile game was also released for the fans around the European premiere date in mid-December 2015 as a part of the toy promotion activities. And, most importantly, the building sets featuring the film characters became available for sale in January 2016. The visual effects are stellar, the CGI is very high-quality, and the only Lego-looking models are the mini-figures. The environment is not Lego-like, and we are thankful for the fact that the series doesn`t look like an overextended Lego commercial. Will there be a continuation of this simple story of Lego-people under yet another guise in a medieval setting? The previous Lego toy-based series Lego Ninjago and Legends of Chima enjoyed good ratings and certainly lasted beyond the premiere season. The second season three-episode premiere of Lego Nexo Knights gathered an audience of 0.86 million viewers and then the show took a break until September 3, 2016. Considering the popularity of Lego building sets, the show`s bound to find a grateful audience in the appropriate age group.

Subscribe to receive news and updates when a show is renewed or canceled. You will receive an automatic email when theLego Nexo Knights season 3 Episode 1 release date is officially announced.

Share this with friends:
ReleaseDate.show » Release » Cartoon Network is yet to renew Lego Nexo Knights for season 3
Related Serial
When Will