This article has the most up-to-date info on the status of Reno Rumble Season 3 as we continuously monitor the news to keep you in the know. Nine Network is yet to make a decision on its future. Subscribe to our automatic updates below. 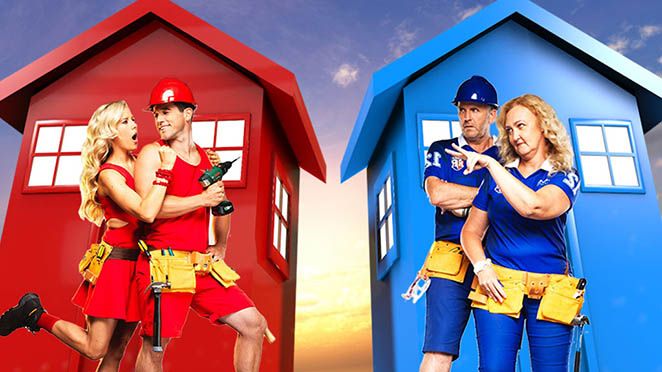 Reno Rumble is an Australian home improvement reality television series that during its first season pitted former participants from House Rules and The Block (two other renovation series) against each other. In the present season this format aspect is abandoned, and renovation amateurs participate in the contest. Hosted by Scott Cam, Reno Rumble Season 1 premiered on Nine Network on March 21, 2016. The series is currently in its second season which debuted on March 21, 2016.

In this series, each week, two teams – The Redbacks and The Blue Tongues – are given two houses to renovate. In both of the houses, each team will have two rooms that it must change, with the first room delivered within the first 48 hours and the second room, at the end of the week. After the renovation of the first room is judged, the team with the highest score receives immunity from being eliminated. While the teams are working on their renovation projects, they stay in luxury motorhomes provided by the show’s sponsor. At the end, the winning team receives the grand prize of $100,000 and a Mazda CX-5.

In the second season eight lucky families will receive an overhaul of their homes by the contestants. This season there are six new pairs of renovation teams, two homes will refurbished each week, and the winning couple will receive $100,000. The show will once again be hosted by Scott Cam, with Shelley Craft joining him this season. Two new judges are also coming onboard – well-known Scottish interior design experts Colin McAllister and Justin Ryan.

Season 1 of Reno Rumble premiered to relatively positive reviews and scores a high score of 7.8 out of 10 on IMDb. Additionally, the average viewership went up dramatically between the first episode and the finale – from 0.87 to 1.22 million viewers. The current second season, however, is a ratings disaster for Nine, with the premiere episode flopping with just 395,000 viewers. The second episode viewership dropped even further, and the failure is mainly attributed to the seriesэ being pitched against ratings monster My Kitchen Rules. Time will tell, but as of no the future doesn`t seem too bright for Reno Rumble

Subscribe to receive news and updates when a show is renewed or canceled. You will receive an automatic email when theReno Rumble Season 3 Episode 1 release date is officially announced.

Share this with friends:
ReleaseDate.show » Release » Nine Network is yet to renew Reno Rumble for Season 3
Related Serial
When Will