This article has the most up-to-date info on the status of The Real Housewives of Potomac season 2 as we continuously monitor the news to keep you in the know. Bravo has officially renewed the series for another season. To get notified of the premiere date – subscribe for updates below. 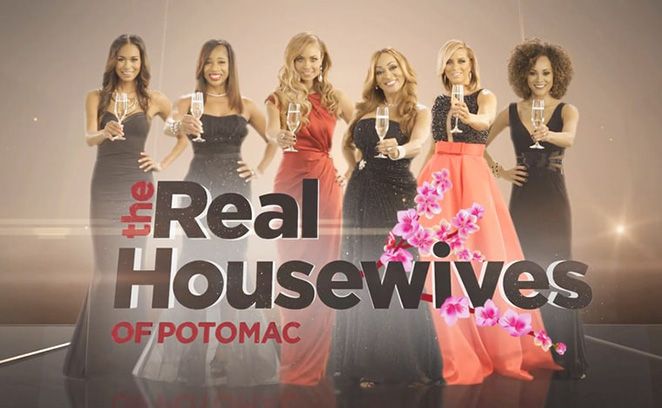 The series follows personal and professional lives of six women from Potomac, Maryland – one of the most affluent towns in the US. The ladies portrayed here are from the upper-crust African-American elite. Overly catty and intimidating, as mostly all of the housewives featured in The Real Housewives franchise are, etiquette and pedigree-obsessed, they are navigating social gatherings, philanthropy, romantic relationships and friendships. Potomac residents have already pointed out that the show is a vast misrepresentation of their town and its inhabitants.

The series` opened to 2.06 million viewers, with the two subsequent episodes averaging 1.65 million viewers and a 0.7 rating in the 18-49 demographic. These numbers are significantly lower than the other currently airing installment of the franchise – Real Housewives of Atlanta, the leader of cable ratings charts, is pulling in almost 2.9 million viewers and a 1.2 rating in the 18-49 demo. Whether or not RHOP will catch up with its rival shows in order to warrant a renewal is still unclear, so please stay tuned for the news.

UPDATED April 15, 2016: Bravo`s hit reality series The Real Housewives of Potomac has been renewed for a second season just prior to the freshman season finale. The program has had an excellent season, with 2.1 million total viewers average and top-notch averages of 1.3 million in the 25-54 demo, and 1.2 million viewers in the 18-49 demo according to Nielsen L+3 ratings. RHOP has become Bravo`s top-rated first season since Vanderpump Rules (in age groups 18-49 and 25-54) and RHOBH (in total viewers). The series has also ranked as the second highest-rated freshman season among ad-supported cable channels.

Share this with friends:
ReleaseDate.show » Release » Bravo has officially renewed The Real Housewives of Potomac for season 2
Related Serial
When Will