This article has the most up-to-date info on the status of Virtually Famous Series 4 as we continuously monitor the news to keep you in the know. E4 has scheduled the premiere date for a new season for December 20, 2016. 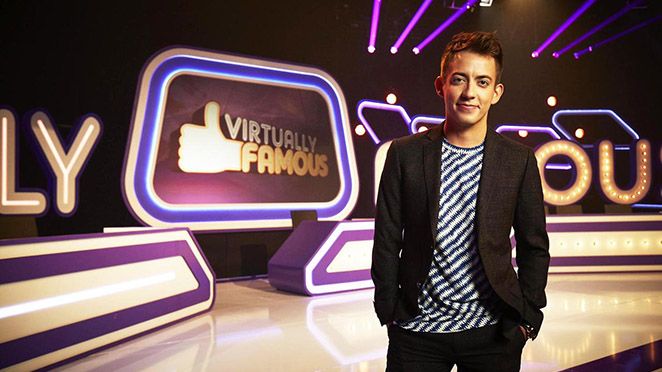 Virtually Famous is a British comedy panel game show airing on E4 since July 2014. The current third series aired on E4 on January 14, 2016. The show is written by James Menzies and Henry Paker, produced by Talkback and Hungry Bear Media and executive produced by Dan Baldwin and Leon Wilson. The show`s format changed from 45 minute-episodes in the first series to 60-minutes for the third one. Kevin McHale from the US hit series Glee presents the show, although he`s admitted in an interview that he did not know what panel shows were when he was approached with an offer to host.

Two teams of three participants lead by Chris Stark and Seann Walsh compete in a contest with queries about everything that`s related to the Internet, particularly viral videos, memorable Twitter posts and short clips from Vine. The guests and the hosts engage in friendly and witty conversation as they comment on the presented material.

Following the wrap-up of the very successful run of the 8-part first series, Virtually Famous was at once renewed for two series of 10 episodes each. The first series did exceptionally well, with an average of 461.000 viewers per episode, a significantly higher number than E4`s peak average. The entertaining banter of the comedians, the friendly atmosphere of the series, the variety of guests seems to make enough viewers, so we should relax, wait for an almost certain renewal and enjoy the show.

UPDATED November 15, 2016: Back with a vengeance! The British topical quiz show Virtually Famous was renewed and will air its fourth series soon to the delight of its fans. The show will come back to E4 with eight 45-minute episodes that will feature many structural innovations – such as new host comedian Chris Ramsey along with new team captain Vicky Pattison and returning Seann Walsh. Gogglebox`s Scarlet Moffatt will also come onboard as a regular guest. Stay tuned, and we will inform you when the release date is announced for Virtually Famous series 4.

UPDATED November 30, 2016: Mark your calendars for the return of hit panel game show Virtually Famous. The fourth series of the hit program kicks off with a Christmas Extravaganza episode on December 20, 2016 at 10pm. With Chris Ramsey as the new host, how much will the show change? We will soon find out. Please sign up for our automatic updates, and we will make sure you don`t miss the series four premiere of Virtually Famous by dropping you a reminder one day in advance.