This article has the most up-to-date info on the status of 2 Broke Girls season 6 as we continuously monitor the news to keep you in the know. CBS has scheduled the premiere date for a new season for October 10, 2016. 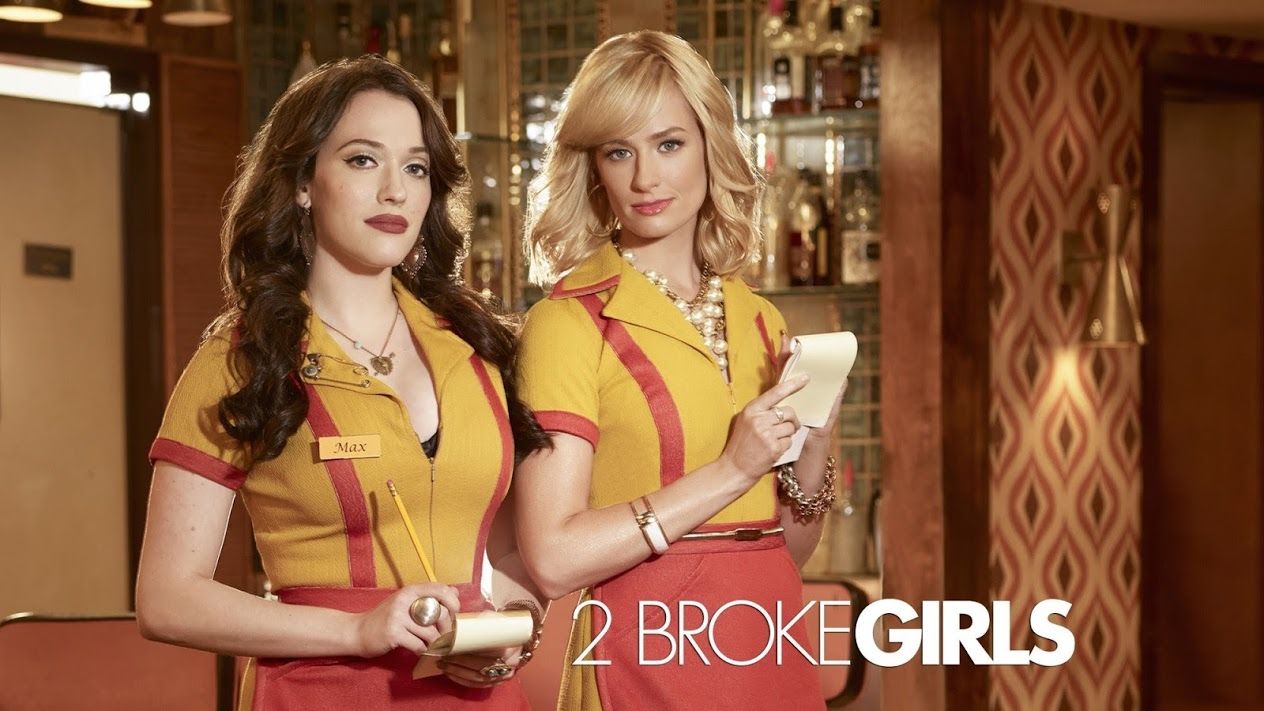 The two waitresses in their twenties - Max (Kat Dennings) and Caroline (Beth Behrs), who come from completely different backgrounds, are working together at a Brooklyn diner and living together as roommates. They are trying to raise money as they are pursuing their dream of opening a cupcake shop. The title of the series - 2 Broke Girls - sends the viewer a clear-cut message that this goal will not be easily reached, and Max and Caroline will have to go through many ups and downs on the way.

The series` freshman season did very well ratings-wise, but the numbers have been slowly sliding downwards over the course of the five seasons. Most of the criticism for the show concerns the stereotypical characters and the sexist and racist jokes that are, to top that off, often less than funny. It`s currently holding on just about CBS`s average mark for a scripted series, so at the moment it`s difficult to foresee the future of 2 Broke Girls. This year it is averaging a 1.6 rating, which is slightly lower than the recently canceled “Mike & Molly”, a fact that makes the chances of renewal seem even less predictable.

A 22-part fifth installment of the CBS network’s hit comedy series 2 Broke Girls bowed out in the US on May 12, 2016 with an audience of 7 million viewers. Overall, the most recent season has attracted on average 6.4 million fans to the small screen, which is an 18% decline when compared to the fourth chapter. This doesn’t matter much anymore, since the sitcom has already been renewed and Beth Behrs and Kat Dennings both confirmed their participations in new episodes. The finale episode delivered some disappointing news to Caroline and Max as they have discovered that Han is in a pickle for having accumulated a sizeable gaming debt. Let’s see how the situation gets resolved when new episodes of 2 Broke Girls return on the air.

UPDATED December 22, 2015: The CBS channel released its 2016 winter schedule for new and returning television shows. A second part of the current season of 2 Broke Girls will be back on air in its regular time slot on Wednesday, January 6, 2016. Let us remind you that the mid-season finale was shown on December 17, 2015. The decision on the next chapter is yet to be made.

UPDATED March 26, 2016: The fan favorite comedy series 2 Broke Girls has done very well for the CBS network, but after the decision was made this season to move the show from its usual time slot on Monday nights to Thursdays, the viewer ratings have suffered the consequences. Currently broadcasting its fifth installment, with a handful of episodes left before it bows out for the summer, the comedy show is averaging 6.4 million viewers per episode, which is a meaningful decrease of 18% when compared to last year. Still, the CBS network yesterday announced its decision to officially renew 2 Broke Girls for a sixth season. Clearly, the executives have faith in the show’s popularity as positive feedback and critical accolades continue to pour in: this year alone the series has been nominated for three Primetime Emmy Awards. Stay tuned as we keep you informed on the release date of the next chapter.

UPDATED June 22, 2016: Good news for the fans of the 2 Brooklyn waitresses and the world around them – 2 Broke Girls has had its sixth season release date set, and guess what – it has got its old Monday nights back after the unsuccessful attempt to move it to Thursdays last season. Season five will be launched on Monday, October 10, 2016 at 9pm with a one-hour episode, and with The Big Bang Theory and new comedy series Kevin Can Wait as lead-ins. Sign up for our automatic updates and we`ll drop you an e-mail one day before the season five premiere of 2 Broke Girls.