This article has the most up-to-date info on the status of Black Sails season 4 as we continuously monitor the news to keep you in the know. Starz has scheduled the premiere date for a new season for January 29, 2017. 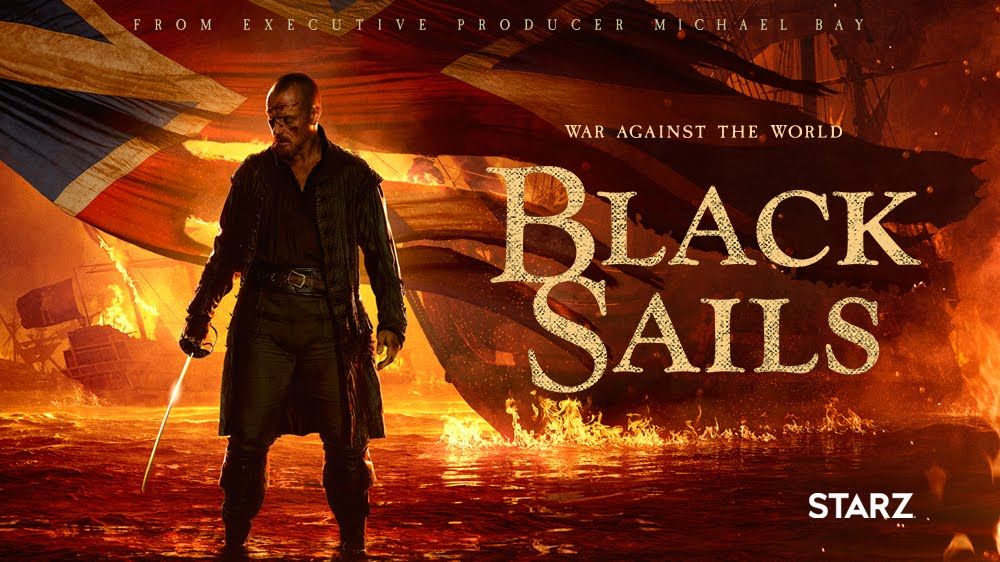 Set up as a prequel to Robert Louis Stevenson`s Treasure Island, Black Sails takes place approximately 20 years before the events in the book. The adventures of Captain Flint (Toby Stephens), the quintessential hero of The Golden Age of Piracy are portrayed in this compelling, visually appealing, tightly written, gory series.

The renewal pattern for the series is rather unusual, as it was renewed for a second run six months prior to the first season premiere due to a positive fan reception at the San Diego Comic Con. Black Sails was renewed for the third and fourth season in the same manner, before the debut of previous seasons. The series has had mostly positive reviews, high scores on review aggregator websites and excellent ratings. For the first two seasons the series has averaged 4.5 million viewers per episode, the third season is also enjoying viewer support. Also, the renewal vs. cancelation intrigue is at this point removed, so we can just wait patiently for the imminent fourth season.

UPDATED July 21, 2016: Black Sails, the epic story that served as a prequel to the events of Treasure Island, has not been renewed past season 4, which has yet to air in 2017. The cancelation announcement has upset the numerous fans of the show, but co-creator Jonathan E. Steinberg has stated that as difficult as the cancelation decision was, the end of the fourth season is a perfect place to end the story naturally. The upcoming season is set to contain 10 episodes and will chronicle the pirates` adventures as they fight in the West Indies. As unfortunate as the cancelation is, let`s look forward to the fourth season which is supposed to be the most exciting one yet.

UPDATED September 9, 2016: The Treasure Island-based series Black Sails will be airing its fourth and final season on Starz in January 2017. The ten-episode installment will feature the pirates` battles in the West Indies in the Caribbean, and will thus conclude the rather successful run, yet the show was canceled to the dismay of its numerous fans. Stay tuned and we will bring you the release date information for Black Sails season 4 as soon as it becomes available.

UPDATED October 6, 2016: While fans are not happy with the fact that the upcoming fourth installment will be the final one for Treasure Island prequel series Black Sails, it is slowly getting closer and closer. The release date has already been confirmed by Starz, with the season four premiere episode scheduled to air on January 29, 2017. The conclusion of the Emmy-winning series will feature the pirates led by Captian Flint engaged in a war in the West Indies. If you don’t want to miss the season four debut, sign up for our automatic updates, and we’ll drop you a reminder one day in advance.