This article has the most up-to-date info on the status of Hollywood Medium With Tyler Henry season 3 as we continuously monitor the news to keep you in the know. E! has officially renewed the series for another season expected to debut in 2017. To get notified of the exact premiere date – subscribe for updates below. 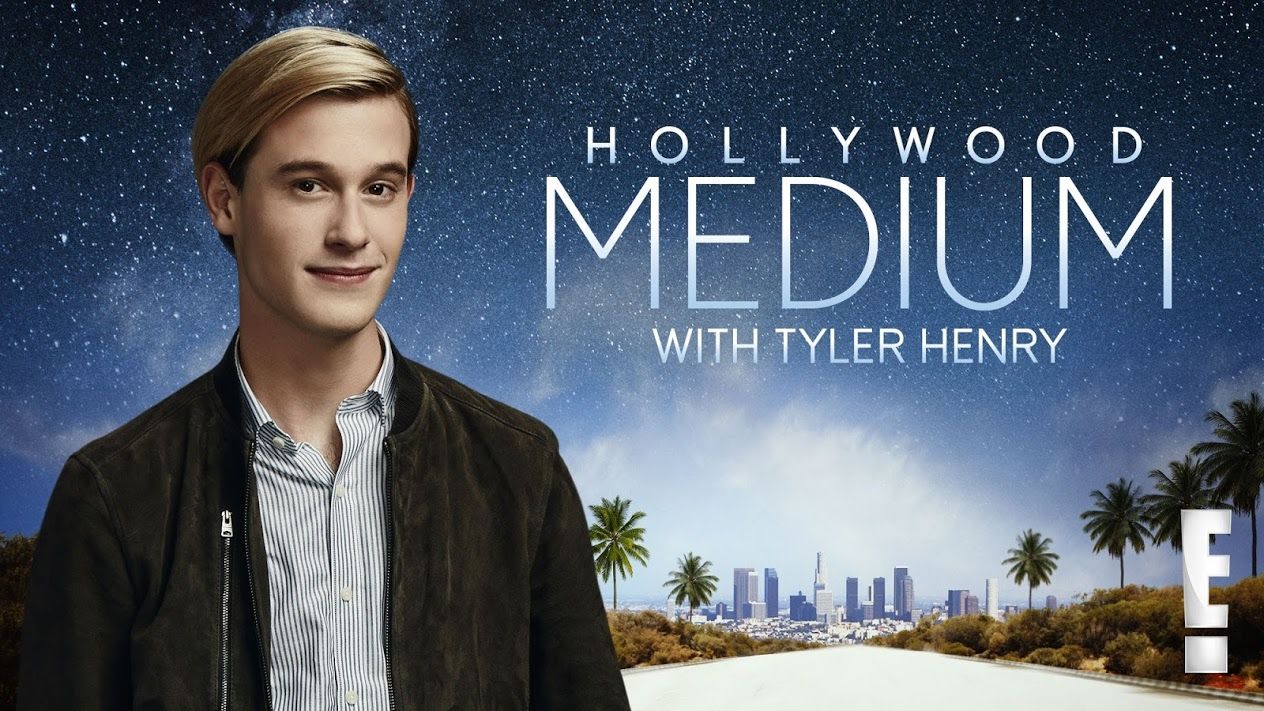 Tyler Henry is the star of Hollywood Medium, the new reality series that portrays the readings that this 20-year old clairvoyant is doing for his celebrity clients in Hollywood. The series is produced by Corbett Stern Productions and 44 Blue Productions and executive produced by Michael Corbett, Stephanie Drachkovitch and Larry Stern. The first episode of the docu-series aired on January 24, 2016 on E!, and the second season debuted on August 10, 2016.

Tyler Henry first felt the gift that he is now using at the age of ten, having woken up in the middle of the night with a clear understanding that his grandmother is about to die. Ever since then he has been doing readings for people, dealing with skeptics and growing as a person and a psychic. He grew up in a small town in central California, and it was not easy for him had to get used to living in an apartment building with the chaotic energy of other tenants all around him. Tyler Henry has the ability to connect with the spirits of the dead and relay messages to their loved ones who are still living. Among the celebrities who have appeared on the show are Jaime Pressly, Monica Potter, Margaret Cho, Nicole Polizzi, Boy George and Tom Arnold.

The series is growing very popular, and Tyler Henry has a waiting list of six months for anyone who wants a reading done by him. He grew up knowing that his mission was to help people, so hospice nursing was what he was studying just prior to becoming a TV star. According to many, Tyler seems to have genuine clairvoyant abilities, but whether or not they are indeed real will never be known for sure. Season one averaged almost 900,000 viewers, with 1.6 million in L+3 viewing, delivering the best ratings in three years for an unscripted series premiere on E! (excluding spin-offs). The second season premiered to 0.884 million viewers and a 0.28 demo rating. There is definitely a niche for the extrasensory powers demonstrated on screen, and Tyler is a convincing all-American psychic, so a renewal may very well be expected for Hollywood Medium.

On September 28, 2016 the second season of highly popular reality series Hollywood Medium with Tyler Henry has completed its broadcast. The season finale delivered excellent ratings, drawing 979,000 viewers and scoring a 0.31 rating in P18-49, and a 0.48 rating in F18-49. The final episode featured readings done for Brianna Love and Nicole Garcia, two WWE divas seeking reconnection to their long-lost high school friend, Dr. Paul Nassif and his sister reconnecting to their lost mother, Ron Artfest remembering a family tragedy from long ago, and Tori Spelling communicating with someone important from her past. In any case, fans can continue their evaluation of the show and figure out whether Tyler’s methods are plausible, since the E! Network has commissioned another season of the show and put it on the schedule for 2017. Tune in, and we will let you know when a release date is confirmed for Hollywood Medium with Tyler Henry season 3.

UPDATED October 1, 2016: The boy-next-door medium Tyler Henry is proving to be a long-term fighter, with his show, Hollywood Medium just renewed for a third installment on the basis of excellent ratings and solid reviews. The third chapter of the show will premiere sometime in 2017 with Reza Farahan and Janice Dickinson on the guest list among other celebrities looking for closure, enlightenment, and answers to various questions. Please sign up for our updates, and don’t miss the release date announcement. Sign up for our automatic updates, and we’ll be sure to bring you the latest information.

Share this with friends:
ReleaseDate.show » Release » E! officially renewed Hollywood Medium With Tyler Henry for season 3 to premiere in 2017
Related Serial
When Will

OWN is yet to renew Love Thy Neighbor for season 7