This article has the most up-to-date info on the status of Nicky, Ricky, Dicky & Dawn Season 3 as we continuously monitor the news to keep you in the know. Nickelodeon has officially renewed the series for another season. To get notified of the premiere date – subscribe for updates below. 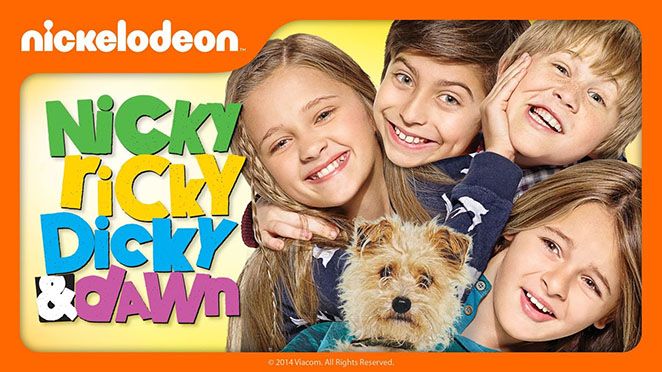 Dawn, Nicky, Dicky and Ricky have absolutely nothing in common except for their birthday. Due to the fact that they are quadruplets and are only ten years old, they are forced to live under the same roof. Although they fight, they are able to come together when needed to solve problems. Tom and Anne are their parents, who sometimes seem to care about their possessions more than their children, but in reality care for them more than they care to show.

This is a fun family comedy that can be interesting for adults just as it is for teenagers. Nominated for the 2015 Kid’s Choice Award, the series has a steady audience and fan base. Although its ratings are not that high – 5.3 out of 10 on IMDb – the series does have a future and we believe that we will see Nicky, Ricky, Dicky & Dawn come back for season 3. In the meantime, for those who’ve fallen in love with the show, there’s always reruns or a possibility to catch it on your favorite online streaming site.

Updated February 11, 2016: The children`s live action series about the adventures of the 10-year-old quadruplets Nicky, Ricky, Dicky & Dawn has been picked up for a 13-episode third season. A major downsize from the 26-episode second season, the upcoming run is marked by the exit of the series` creator Matt Fleckenstein in the capacity of executive producer. He will, however, remain on the show as a consultant. Stay tuned for relevant news updates on the release date and further details about the third season of the show.

Share this with friends:
ReleaseDate.show » Release » Nickelodeon has officially renewed Nicky, Ricky, Dicky & Dawn for Season 3
Related Serial
When Will