The release date for My Kitchen Rules series 8 — Pending

This article has the most up-to-date info on the status of My Kitchen Rules Series 8 as we continuously monitor the news to keep you in the know. Seven Network has officially renewed the series for another season expected to debut in 2017. To get notified of the exact premiere date – subscribe for updates below. 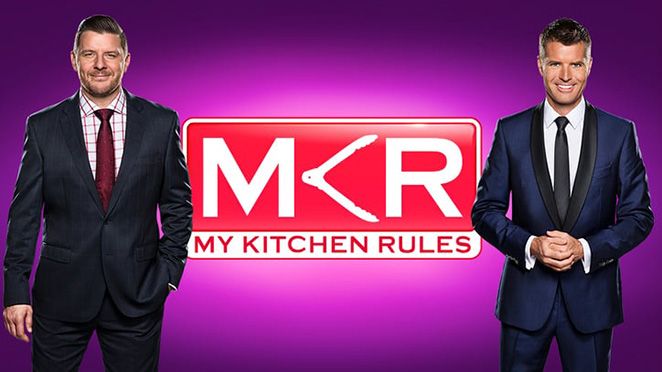 My Kitchen Rules is an Australian cooking competition television show airing on Seven Network since 2010. The series hails from the team who brought another popular Seven cooking series My Restaurant Rules to the small screen. Series 7 of My Kitchen Rules premiered on February 1, 2016. It is executive produced by Rikkie Proost, produced by Seven Productions Program format, ratings and renewal prospectsand narrated by Septimus Caton.

The series holds a 7.6/10 rating on IMDb and 8.4/10 on TV.com. It`s immensely popular in Australia, to the point of ranking repeatedly as the #1 television program in the country in its timeslot. Its success does not seem to be rooted in the cooking competition component, but, more likely, hails from the dramatic relationships among the contestants that unfold on screen. There`s no lack of conflict, and behind-the-back gossip is encouraged. The judges aren`t particularly reserved in their criticism of the contestants` cooking either.

The program follows an elimination format that is somewhat convoluted and confusing at times. The cooking standards have been criticized, as has the blatantly scripted nature of the series. Over the course of its run the show has averaged 1.633 million viewers, with the ratings rising to their peak in the fourth and fifth series. Since then, the numbers have dipped somewhat, but My Kitchen Rules is still going strong. It is more than likely to be renewed for an eighth series, but there has been no official announcement from the network yet, so we will inform you of the decision as soon as any relevant news come out.

UPDATED September 1, 2016: Some highly anticipated news for the fans -hit Australian cooking contest series My Kitchen Rules has been renewed for an eighth season, in line with everyone`s expectations. The casting for the show has concluded on June 30, and the upcoming installment should be hitting the screens in 2017. No further details as to the format changes or the release date have been revealed, so please stay tuned and we will keep you informed.

Share this with friends:
ReleaseDate.show » Release » Seven Network officially renewed My Kitchen Rules for series 8 to premiere in 2017
Related Serial
When Will