The release date for The Royals season 3 — Pending

This article has the most up-to-date info on the status of The Royals season 3 as we continuously monitor the news to keep you in the know. E! has officially renewed the series for another season expected to debut in December 2016. To get notified of the exact premiere date – subscribe for updates below. 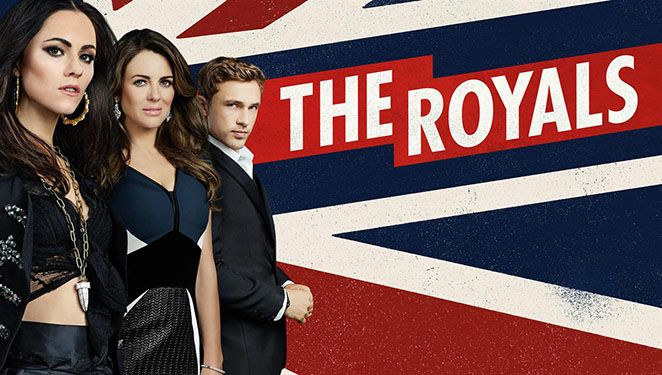 The American drama series about a fictional modern-day British royal family debuted in the United States on the E! channel on March 15, 2015. The second season was ordered two months prior to the series premiere and aired on November 14, 2015. The first scripted series for the network, it is based on Falling for Hamlet, a Michael Ray novel, and each episode is named with a line from Shakespeare`s Hamlet.

The Royals are a family with both the usual and very specifically, well, royal issues to deal with. There are the complicated throne inheritance troubles, the intense public scrutiny of the family members, the opulent lifestyle, but also the romantic affairs, rebelling against authority, soul-searching and power intrigues. Elizabeth Hurley stars as queen consort Helena Henstridge, who tries to keep the family together in trying times.

Criticized for being soapy in both storyline and dialogue quality, The Royals has had generally negative reviews from the outset. The viewership numbers haven`t been amazing for the first season with an average of just over a million viewers per episode, and they`ve slid considerably for the second season to an average of 0.6 million viewers. Described as a guilty pleasure by some, and as a campy unrealistic disappointment by others, there`s serious doubt that the series has a chance for another run. Although perhaps it will attract a certain segment of the audience just by virtue of being related to all things majestic. Stay tuned and see whether that is enough for the series to be renewed for a third season.

UPDATED December 23, 2015: The mid-season finale of the current season of The Royals was broadcast on the E! network in the US on December 20th and after that the series left for a month-long holiday break. A second season of the show is expected to resume on January 17, 2016 with four more episodes. With the continuously sliding ratings, the future of the series is still undetermined.

UPDATED January 6, 2016: Great news for the fans of The Royals – the sexy provocative soap in a royal family setting was renewed for a third season of love, intrigue, murder and dark secrets. The series` audience averaged 1.3 million viewers, and it has a #2 original scripted series rank in 2015 among P/W 18-34 and W 18-49. The success of the series contributed a great deal to the E!`s impressive growth in the 4th quarter of 2015. The stellar cast led by Elizabeth Hurley will also come back on January 17, 2016 for the second half of the freshman season with more exciting surprises.

UPDATED July 21, 2016: The third season of The Royals is getting closer and closer – now the announcements has been made that it is tentatively scheduled to air mid-season, in December 2016. The Elizabeth Hurley-led series has also cast her son Damian for the guest role of Prince Hansel von Liechtenstein. It has also been revealed that Genevieve Gaunt has been promoted to series regular as Wilhelmina, and Jules Knight will return in season 3 as Spencer Hoenigsberg. Sign up for our automatic updates and don`t miss the season 3 release date announcement from E!

Share this with friends:
ReleaseDate.show » Release » E! officially renewed The Royals for season 3 to premiere in December 2016
Related Serial
When Will

BBC America is yet to renew Almost Royal for season 3