The release date for Project Runway All Stars season 6 — Pending

This article has the most up-to-date info on the status of Project Runway All Stars season 6 as we continuously monitor the news to keep you in the know. Lifetime has officially renewed the series for another season. To get notified of the premiere date – subscribe for updates below. 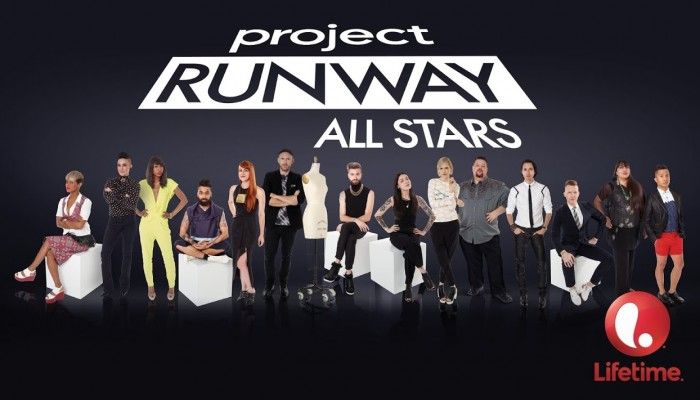 A twist on the very popular Project Runway franchise, Project Runway All Stars has been bringing the designers previously featured in the franchise shows back on stage for another chance to compete with each other. The series has been on the air since 2012, and is now in its fifth season, which premiered on Lifetime on February 11, 2016.

The current season is hosted by Alyssa Milano and judged by returning judges Georgina Chapman and Isaak Mizrahi, with Marie Claire`s Zanna Roberts Rassi coming back to mentor. Fifth season prizes include a chance to design an exclusive jewelry line for BaubleBar.com and a Chinese Laundry footwear collection, a Marie Claire fashion spread and a Contributing Editor position at the magazine. A sewing studio from Brothers Sewing and Embroidery and US$100,000 are also awaiting the lucky winner.

While the original Project Runway has garnered almost unanimous praise, Project Runway All Stars has been more controversial. For example, many viewers find it to be inappropriately overloaded with product placements and endorsements. Some also find the host unnecessarily mean. The designers, however, are still fun to root for, and the 13 episodes are bound to have respectable ratings and decent reviews. We don`t know exactly how well the series will fare overall this season, but as soon as renewal or cancelation information is released by the network, we will be sure to inform you.

UPDATED May 27, 2016: In a multi-year, multi-show deal Lifetime and The Weinstein Company gave the Project Runway franchise a huge break, renewing Project Runway: All Stars for two more seasons (6 and 7), as well as giving the original Project Runway three more seasons, and the Junior subdivision – one. The franchise in general, and the All Star installment in particular continues to be a strong ratings performer for Lifetime, and is a successful brand of its own, so let`s wish the designers luck and stay tuned for the release date announcement.

Share this with friends:
ReleaseDate.show » Release » Lifetime has officially renewed Project Runway All Stars for season 6
Related Serial
When Will