This article has the most up-to-date info on the status of Z Nation Season 3 as we continuously monitor the news to keep you in the know. Syfy has scheduled the premiere date for a new season for September 16, 2016. 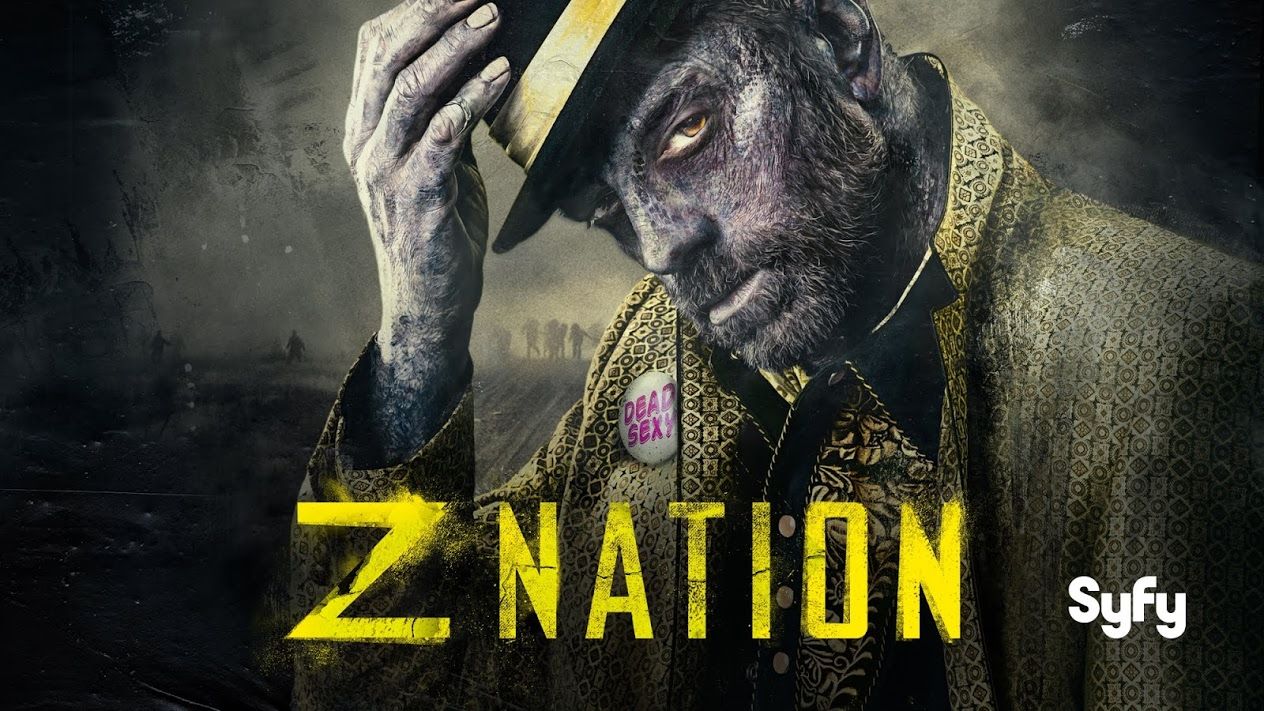 Z Nation is an American post apocalyptic drama and horror sci-fi series that picks up three years after the zombie virus has annihilated the country. Created by Karl Schaefer and Craig Engler, the series is produced by the masterminds behind Sharknado at The Asylum. Z Nation first aired on SyFy on September 12, 2014.

Filmed in Spokane, Washington, Z Nation follows a team of zombie plague survivors who must escort Murphy, a man they believe to be humanity’s last hope, on a cross country trip from New York to California. Murphy unwillingly received a government test vaccine in the days just before society fell apart, and must now play a role in saving mankind.

The highly anticipated season 2 premiered on September 11, 2015 and drew in just under 1 million viewers. That’s nearly a 40% decline in viewership from its kick off season 1 which opened to 1.6 million, making it the cable channel’s highest rated series.

So will there be a season 3? The network will need to wait and see how the audience reacts to the rest of the episodes before deciding whether or not to renew. That said, the creative team has been hinting at future plans, citing that they have enough material for up to seven seasons. If the show does pick up in ratings, it will likely return with fresh episodes in the Fall of 2016. So far, SyFy has not released any formal announcements regarding a Z Nation season 3 premiere.

UPDATED April 20, 2016: A 15-episode second installment of the Syfy network’s action and sci-fi drama series Z Nation concluded in the US on December 18, 2015 having delivered an average total viewership of more than 1.5 million fans per episode. Such impressive ratings have secured the official renewal of the popular show for another round. In fact, season 3 episodes are expected to start shooting on May 1, 2016 and are slated to hit the small screen in the fall of 2016. High ratings and critical praise aside, the TV series has also become the network’s most socially engaging program across all social media websites. Since Syfy is yet to schedule the exact premiere date for a new chapter, subscribe to our updates and we will notify you as soon as it happens.

UPDATED August 2, 2016: As the fall premiere of Z-Nation’s third season is approaching (although the exact release date has not yet been announced), SyFy has released a new promo trailer to taunt the viewers, who are already eagerly awaiting the return of the show. The 15-episode third installment of the post-apocalyptic horror series began filming in May 2016, and will air this coming fall. Stay tuned for a release date announcement!

UPDATED August 3, 2016: The Syfy network has unveiled its fall 2016 programming lineup during the TCA summer press tour today. The programming slate includes a number of new original scripted shows and a handful of returning fan favorites. One of the most highly-anticipated network’s series, Z Nation, will kick off its third installment on Friday, September 16, 2016 at 8/7c with a two back-to-back episodes, before moving to its regular time slot on Fridays at 9/8c starting September 23rd. Tune in for the premiere episode to watch Warren and Murphy’s epic showdown. Sign up for our updates and we will email you a reminder of the release date of Z Nation season 3 one day in advance.