This article has the most up-to-date info on the status of Tiny House World season 2 as we continuously monitor the news to keep you in the know. FYI is yet to make a decision on its future. Subscribe to our automatic updates below. 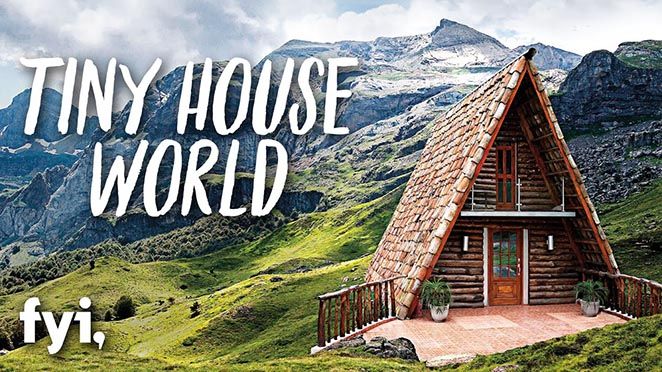 Tiny House World is a new American reality series set in various international locations that premiered on FYI on November 21, 2015. A part of the miniature property slate, it comes after the Tiny House Nation and Tiny House Hunting proved successful. It is a Loud TV production with Gena MacCarthy and James Bolosh serving as executive producers for FYI and Brent Montgomery, Nick Rigg, Jordana Hochman and Meredith Lerner exec producing for Loud TV.

Each episode features three properties and a prospective buyer choosing the one among them that suits them in the best possible way.Among the locations portrayed in the series are Paris, Dublin, Amsterdam and Sydney.

The series is very interesting in that it gives some important insights into the backgrounds of the buyers and the reasons behind their decision to go small.It`s mostly a matter of budget for some, a first step to independence for others.Still other prospective owners want to downsize because of their sensitivity to ecological issues. Simple living is certainly an upward trend in the modern world, and it`s curious, to say the least, to see how people realize their dreams. Another fascinating aspect is to see how ingenuously these tiny spaces, which are severely limited in area, are designed for comfortable eco living. Tiny House Nation did very well, with a strong audience response and a renewal recently ordered for a second season, and Tiny House World is even more interesting in a sense, as it it features a variety of locations, so we wish it lots of luck in promoting the downscaling tendency on the small screen.

Subscribe to receive news and updates when a show is renewed or canceled. You will receive an automatic email when theTiny House World season 2 Episode 1 release date is officially announced.

Share this with friends:
ReleaseDate.show » Release » FYI is yet to renew Tiny House World for season 2
Related Serial
When Will