This article has the most up-to-date info on the status of Ripper Street Series 6 as we continuously monitor the news to keep you in the know. Unfortunately, Amazon has officially canceled the series. There will be no Series 6. 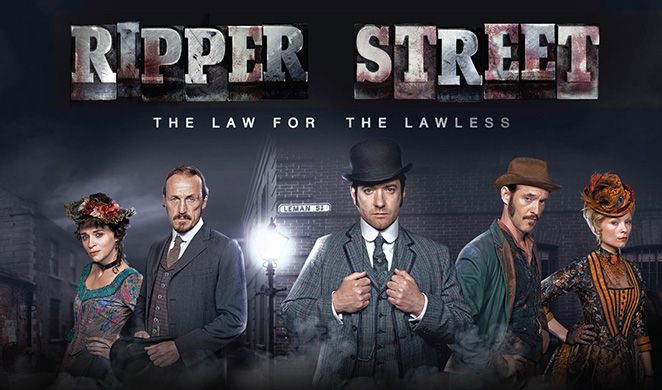 Ripper Street is a British drama and mystery television series that has been broadcast on BBC One in 2012-13, and subsequently on Amazon Prime since 2014. The series is created and written by Richard Warlow, produced by Tiger Aspect Productions and Lookout Point and exec produced by Greg Brenman, Will Gould, Simon Vaughan, Andrew Lowe, Ed Guiney and Polly Hill. The current fifth series has premiered on October 12, 2016.

The series is set in Whitechapel, in London`s East End in the late XIX century, with the first series set six months after the last Jack the Ripper killing. Inspector Edmund Reed (Matthew Macfadyen) and his colleagues seek to maintain law and order in the seedy and dangerous neighborhood.

Awards, ratings and renewal for the final series.

The compelling, well-written criminal drama with a rich period setting holds a score of 8.1/10 on IMDb and a sensational 100% on Rotten Tomatoes. The critical reception has been extremely positive throughout its run, and its success has been supported by 17 award nominations and 5 victories. However, Amazon already made an announcement that the fifth series is bound to be the last for the BAFTA-nominated Ripper Street. In the current series the protagonists are investigating a serial killer case, made especially difficult by the fact that the perpetrator has an amazing ability to elude apprehension. Series two Joseph Mawie should be making a guest appearance, joining the returning cast of Matthew Macfadyen, Adam Rothenberg and MyAnna Buring. Farewell, Ripper Street, may you be resurrected once again by another streaming service (wink, Netflix)