This article has the most up-to-date info on the status of Pokemon season 20 as we continuously monitor the news to keep you in the know. Disney XD has officially renewed the series for another season expected to debut in Early 2017. To get notified of the exact premiere date – subscribe for updates below. 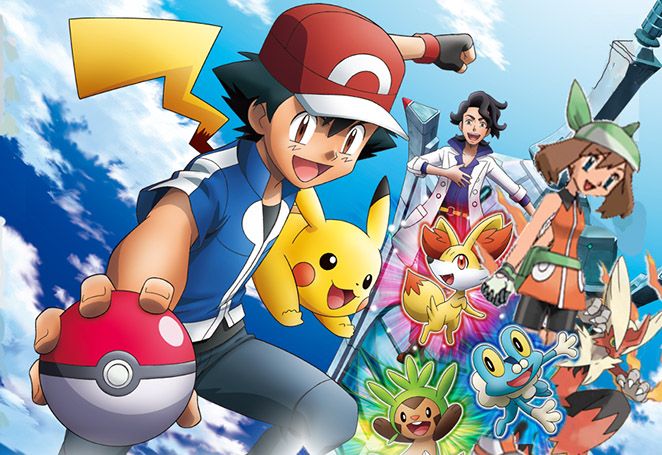 Part of one of the most popular anime franchises, Pokemon is a Japanese animated series based on eponymous video games and adapted for the international market. The first series began broadcasting in 1997, and the current 19th season has aired on the Cartoon Network in the US on February 20, 2016. Pokemon series is currently produced by Team Kato and OLM, Inc.

The series is split up into five chapters, depending on the video game version that it draws on for inspiration and material. The current installment, airing since 2013, is known under the name of Pokemon: XY. Pokemon is a short for pocket monsters who inhabit the world portrayed in this hugely popular franchise. Ash Ketchum, a ten year-old, travels on and on with his buddy Pikachu and other traveling companions in hopes of becoming a Pokemon master.

The Pokemon series are very popular across several generations, with some adults who were fans growing up still watching it for nostalgic reasons. The series has a 7.4/10 rating on IMDb and there seems to be no end to Ash`s adventures at this point. There have been no announcements regarding the renewal of Pokemon: XY for season 20, but it seems almost impossible that this staple of several generations` childhood memories will go off the screens any time soon. However, stranger things have happened, so please stay tuned for network announcements.

UPDATED November 20, 2016: Following the signing of a multi-year deal, Pokemon is moving to a new home. The 20th season of the veteran show, under the name of Pokemon the Series: Sun and Moon, will be broadcast on Disney XD in early 2017, and the rights to distribution the previous seasons will also be transferred to the Disney network. The move commences with a memorable marathon on December 5, 2016, when the network will air Pokemon the movie: Volcanion and the Mechanical Marvel, as well as an exciting sneak peek at the upcoming season. Tune in and enjoy!

Share this with friends:
ReleaseDate.show » Release » Disney XD officially renewed Pokemon for season 20 to premiere in Early 2017
Related Serial
When Will

The release date for Backstage season 2 — PendingThis article has the most up-to-date info on the status of Backstage season 2 as we continuously monitor the news to keep you in the know. Disney Channel has officially renewed the series for another…