The release date for We Bare Bears season 3 — Pending

This article has the most up-to-date info on the status of We Bare Bears season 3 as we continuously monitor the news to keep you in the know. Cartoon Network has officially renewed the series for another season expected to debut in 2017. To get notified of the exact premiere date – subscribe for updates below. 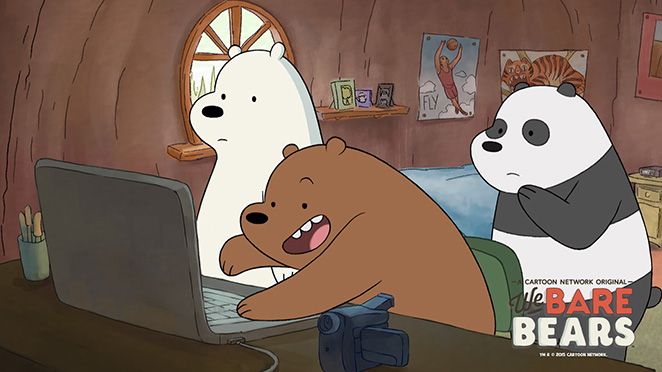 We Bare Bears is a US animated television series created and executive produced by Daniel Chong and produced by Cartoon Network Studios. The series was picked up from Chong`s web comic series published in 2010-2011. The series pilot premiered at the KLIK! Amsterdam Animation Festival, followed by the series debut in June 2015. The show is currently in its second season which began airing on February 25, 2016.

The adventures of three adoptive brother bears are chronicled in the comedy series. Grizzly, Panda and Ice Bear have to navigate integration into human society and interaction with people in various situations. Not surprisingly, animal instincts come in conflict with civilization, but they three brothers rely on each other for support. They also travel in one of the cutest possible configurations – in a bear stack, wherein they climb on top of each other and proceed on their way.

Reviews and excellent chances of renewal

The series has a very decent 8.3/10 IMDb score, fine reviews, excellent viewership numbers for the first season (with the premiere week episodes reaching a combined audience of over 10 million viewers) and an impressive 1.5 million viewers average for the first season as a whole. The current season aired after a short two-week break following the season 1 finale, so the audience wasn`t left desperate for more bear fun for too long. There is certainly a very high chance of further renewal for We Bare Bears, so please stay tuned for updates on the fate of the series.

UPDATED October 26, 2016: The three charming bear siblings featured in Cartoon Network’s fan favorite animated series We Bare Bears are on their way back to their fans. Grizzly, Ice Bear and Panda will continue their struggles to assimilate into the human world, and this time the adventures will take them to the Bay Area. The series was renewed for a third installment on the heels of fabulous ratings, reaching 29.5 million young viewers in 2016 so far, and will be broadcast in 2017. Stay tuned for the exact release date of the popular program.

Share this with friends:
ReleaseDate.show » Release » Cartoon Network officially renewed We Bare Bears for season 3 to premiere in 2017
Related Serial
When Will