This article has the most up-to-date info on the status of Global Beauty Masters season 3 as we continuously monitor the news to keep you in the know. TLC has officially renewed the series for another season. To get notified of the premiere date – subscribe for updates below. 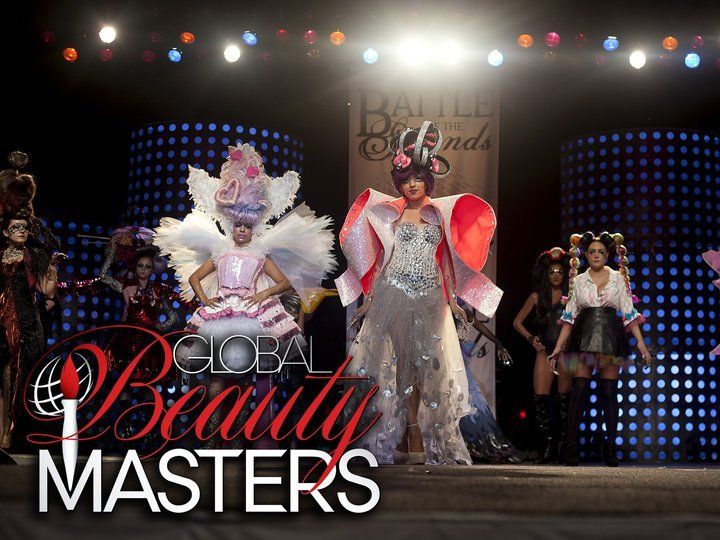 Global Beauty Masters is a reality competition series in makeup, nail art and hair styling. The series airs on TLC (although the debut season in 2014 was broadcast on Discovery Fit&Health). It is produced by Alliance Cinema, written and directed by Jim Milio, executive produced by Jeanette Buerling-Milio, Jim Milio and Lesli A. Masoner, and hosted by singer Manika Ward. Top US and international stylists converge in Las Vegas to demonstrate their skills, passion and creativity. The current second season premiered on March 17, 2016.

The series competitors go through a variety of challenges that require improvisation as well as complete mastery of relevant professional skills. After a week of rigorous competitive activities, the Final Battle takes place in front of a live audience. The judge panel consists of hIghly acclaimed international beauty experts from different fields.

The Paul Mitchell team has joined the program in the second season, with the company artistic directors taking on different roles in the program. Robert Cromeans acts as a co-presenter, and Stephanie Kocielski and Lucie Doughty take up duties of mentors to both professional and student teams. The second season kicked off with 10 American and 7 international professional teams (Bermuda, Italy, Canada, Panama, Mexico, Senegal and South Africa). The student competition contenders hail from 14 beauty schools.

Apparently, the show producers have far-reaching plans for the series, with casting already beginning for the third season of Global Beauty Masters, and the qualifying events announced in California and Florida for April and June 2016. Stay tuned for official announcements.

Share this with friends:
ReleaseDate.show » Release » TLC has officially renewed Global Beauty Masters for season 3
Related Serial
When Will

This article has the most up-to-date info on the status of Masters of Sex season 5 as we continuously monitor the news to keep you in the know. Unfortunately, Showtime has officially canceled the series. There will be no season 5.Series info and…