This article has the most up-to-date info on the status of Stitchers season 3 as we continuously monitor the news to keep you in the know. Freeform has officially renewed the series for another season. To get notified of the premiere date – subscribe for updates below. 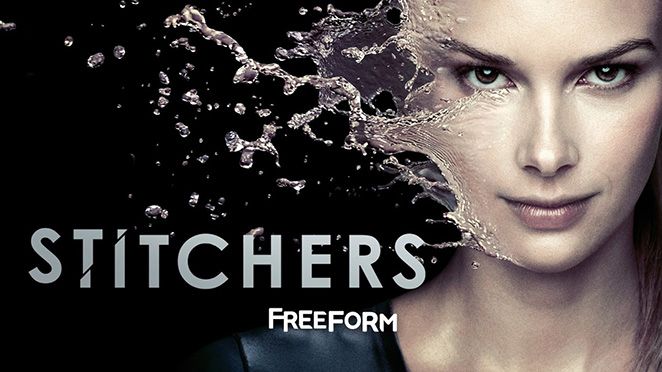 An American sci-fi criminal drama television series, Stitchers has premiered on Freeform (when it was still ABC Family) in 2015. The current second season debuted on March 22, 2016. Stitchers is created by Jeffrey Alan Schechter and produced by StoryBy Productions, Like The Wind Productions and ABC Family Original Productions.

Kirsten Clark (Emma Ishta) is a brilliant computer science grad student at Caltech who is recruited into the undercover Stitchers project. Talented neuroscientist Cameron Goodkin (Kyle Harris) and communications technician Linus Ahluwala (Ritesh Rajan) work alongside Kirsten to “stitch” her into the memories of the recently deceased in order to reveal the true reasons behind their deaths.

Mixed reviews and chances of renewal

The series is not a huge success for Freeform, with 29% on Rotten Tomatoes and 6.6/10 on IMDb, indicating mixed or average reviews. The second season of Stitchers debuted to 430,000 viewers, edging up to 460,00 by the second episode. The low ratings can be at least partly attributed to the different broadcast scenario in the current season, where Stitchers is airing an hour later, and with a less exciting Shadowhunters lead-in than last season`s Pretty Little Liars were. It`s not quite clear whether the ratings have hit bottom or will continue deteriorating further as the season goes along, so the fate of Stitchers is difficult to predict. Whether or not there will be a third season remains to be seen, so please stay tuned for relevant information.

The 10-episode second season of mystery drama Stitchers has bowed out on May 24, 2016. The series continued to garner mixed reviews and to deliver viewership numbers that are less than a half of last season`s, averaging approximately 400,000 viewers per episode. The final episode portrayed Kirsten stitching into Liam`s consciousness in order to find out exactly what his connection to Daniel Stinger is, and is surprised to find out that very significant secrets have been concealed from her by Liam. In another series of revelations, Kirsten finds out from Ivy that her mother is still alive, and Cameron confesses to Nina that he works for the NSA. The episode and the season end with a serious cliffhanger - Kristen is still stuck in the stitch. There has been no news on the future of Stitchers, but the loyal fans have already started an Internet petition, begging Freeform to continue with the show regardless of the unimpressive viewership this season. Whether that will actually help prompt Freeform to renew the series remains to be seen, so stay tuned for new developments.

UPDATED October 7, 2016: One of Freeform’s top performing series and the network’s first police procedural, Stitchers, has been renewed for a third series in view of its top-notch ratings and the overwhelmingly positive response of the show’s passionate fan following, which it managed to acquire in a very short span of time. It has become Freeform’s top newcomer in the past two seasons, and demonstrated excellent results across digital platforms as well. Stay tuned, and we will inform you when further information becomes available regarding Stitchers season 3.

Share this with friends:
ReleaseDate.show » Release » Freeform has officially renewed Stitchers for season 3
Related Serial
When Will