This article has the most up-to-date info on the status of Winx Club season 8 as we continuously monitor the news to keep you in the know. Nickelodeon is yet to make a decision on its future. Subscribe to our automatic updates below. 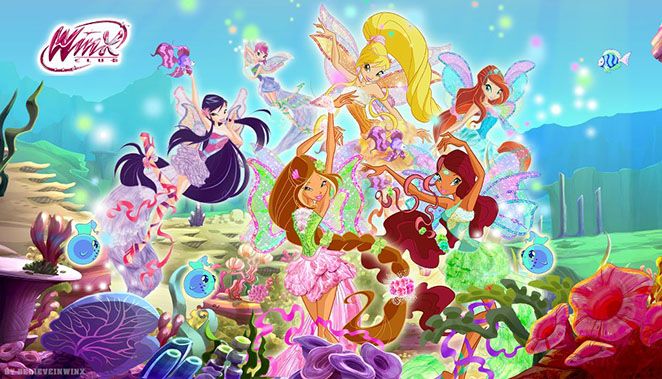 Winx Club is an Italian fantasy adventure animation series created by Iginio Straffi. It is co-produced by Rainbow S.r.I. and Rai Fiction, and is the first Italian animation series to be shown in the United States. Winx Club originally aired on Italian Rai Due on January 28, 2004, then premiered in the US on May 22, 2004, with the current seventh season released on Nickelodeon on August 3, 2015.

A teenager discovering she has magical powers – have you heard anything like this before? Really? Alright, sounds familiar to us too, but it`s eternally appealing to little girls who wish they were just like these superhero world-saving Alfea magic boarding school faeries with flowing hair and romantic interests in the boys from another magic school.

Winx are extremely popular all over the world, to the point of a Winx theme park project underway in Beijing. The Winx franchise includes several feature films, video games and two spin-off series. There`s definitely potential in the momentum gained by the Winx at this time, so we are sure to see more of the modern faeries` adventures in the years to come. The series has indeed been criticized for being generic and bland, for the sexist stereotypes, for the lead characters` caricature dependence on their boyfriends. However, the cuteness overload of magical tween creatures saving the world seems to be winning the children`s audience over in spite of all the negative aspects that the boring adults notice.

Subscribe to receive news and updates when a show is renewed or canceled. You will receive an automatic email when theWinx Club season 8 Episode 1 release date is officially announced.

Share this with friends:
ReleaseDate.show » Release » Nickelodeon is yet to renew Winx Club for season 8
Related Serial
When Will

Nickelodeon is yet to renew Regal Academy for season 2