The release date for Lost in Transmission Season 2 — Pending

This article has the most up-to-date info on the status of Lost in Transmission Season 2 as we continuously monitor the news to keep you in the know. History Channel is yet to make a decision on its future. Subscribe to our automatic updates below. 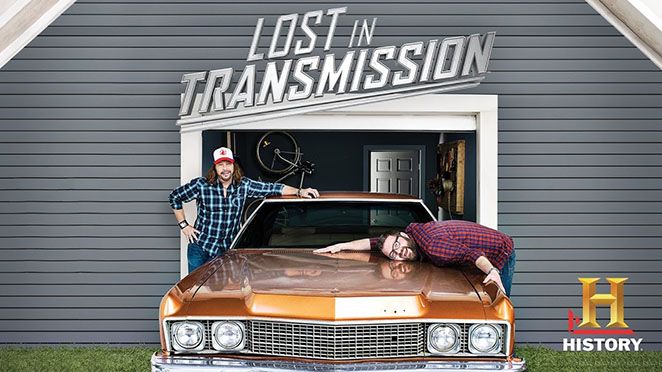 Produced by Adjacent Production, Lost in Transmission is an American automotive reality television series that follows two car aficionados on their mission to save old classics from the rusty barns and garages of the American South. Starring Rutledge Wood and George Flanigen, Lost in Transmission Season 1 premiered on the History Channel on May 7, 2015.

In this series, Top Gear host Rutledge Wood pairs with his friend George Flanigen to bring to life his childhood dream—owning and fixing the best symbol of the US—the old American classic. Although he doesn`t get to own the cars he works on, Rutledge does get to fix them up and give them a second life. He and George go off the beaten path to find anything from an old DeLorean to a rusty Ford F100, pull them out of there and send them on the road again with the best makeover they`ve ever gotten. The men don`t make money off their hobby and have only one goal in mind--rescue and restore the under-appreciated American classics.

Automotive shows have always been popular with viewers. A show where old clunkers get a new life give the feeling of eternity to people, as if maybe we can also have a chance when we are old and decrepit. This is perhaps one of the factors that has kept Lost in Transmission fans interested in Rutledge’s and George’s work. The series has maintained a formidable score of 6.6 out of 10 on IMDb and continues to draw in audiences with restorations of oldies but goodies, like the current season’s limited edition 1968 Ford XL convertible, or the 1949 Chevy Long Bed. While there have been no official about a possible renewal, we hope to see Lost in Transmission return for season 2.

Subscribe to receive news and updates when a show is renewed or canceled. You will receive an automatic email when theLost in Transmission Season 2 Episode 1 release date is officially announced.

Share this with friends:
ReleaseDate.show » Release » History Channel is yet to renew Lost in Transmission for Season 2
Related Serial
When Will