The release date for King of the Road season 2 — Pending

This article has the most up-to-date info on the status of King of the Road season 2 as we continuously monitor the news to keep you in the know. Viceland has officially renewed the series for another season. To get notified of the premiere date – subscribe for updates below. 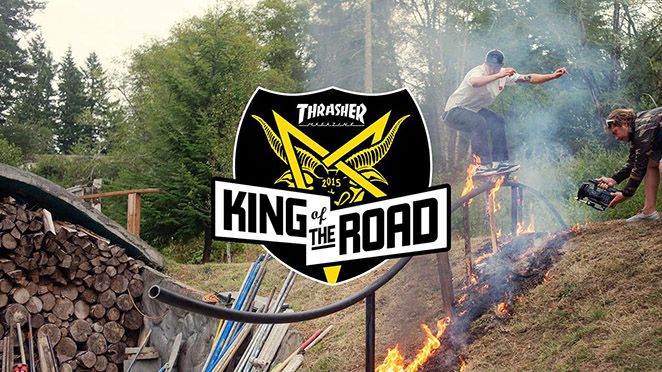 Viceland, a new specialty channel, was launched almost three months ago, and its programming slate is already full of very distinctive, provocative and engaging content. King of the Road is one of Viceland`s shows, produced in collaboration with Thrasher magazine. Actually, before it was made into a show, it has been a famous pro skateboarding road trip competition. SInce 2003 skater teams across the United States have participated in some demented (as well as some straightforward) challenges in order to figure out who the current King of the Road is.

The first season of KOTR aired on April 28, 2016, featuring three pro skateboarding teams – Birdhouse (champions in 2014 and 2013, with Aaron “Jaws” Homoki, Ben Rayburn and Clint Walker), Chocolate (third place in 2013, featuring flow rider Johnny Jones, Raven Tershy, Elijah Berle, Justin Eldridge and Stevie Perez) and Toy Machine (with Axel Cruysberghs and Daniel Lutheran on the line-up). These pros are tackling challenges like a jump from a helicopter right onto a skateboard ramp along with more old-school competitions like barrel jumping, and completely off-the-wall ridiculous “challenges”, such as peeing themselves in public.

For the first six months of its existence Viceland is not going to make its viewership ratings public, so it`s impossible to determine the degree of the KOTR series` popularity. We can, however, assume that most of the fans of the long-established competition are tuning in to watch the show. We`ll keep you informed as soon as information regarding either the show`s renewal or its cancelation becomes available.

UPDATED November 16, 2016: In a recent bulk renewal announcement that also revealed several new shows that are yet to come out in 2016 Vice has demonstrated that its development is going according to plan. The fun skateboarding reality competition series King of the Road is one of the shows renewed for a sophomore chapter, with the exact release date yet to be confirmed. Stay tuned for specific details on the second season of King of the Road, and we will bring you more information as it becomes available.

Share this with friends:
ReleaseDate.show » Release » Viceland has officially renewed King of the Road for season 2
Related Serial
When Will