This article has the most up-to-date info on the status of Tamar & Vince season 5 as we continuously monitor the news to keep you in the know. WE tv is yet to make a decision on its future. Subscribe to our automatic updates below. 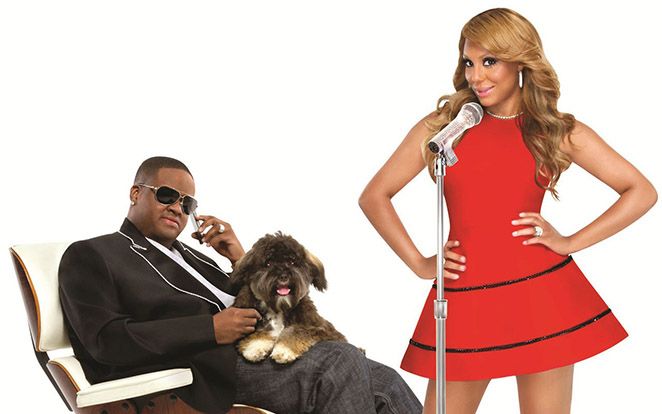 Tamar & Vince is an American reality television series airing on WE tv since September 20, 2012. The fourth season debuted on December 10, 2015. The show is produced by Streamline Television, Magical Elves Productions and WE tv Original Productions. It is a spin-off of the highly successful original WE tv series Braxton Family Values.

The show follows Tamar Braxton`s rise to stardom and provides an in-depth view of her marriage to Vince Herbert, and the challenges that the couple faces. It encompasses Tamar`s professional development as a singer and her multiple engagements in television projects, including Dancing with the Stars. Tamar`s pregnancy and arrival of the couple`s child were a part of the second season of Tamar & Vince. There are accounts of Tamar`s concert tours, filming videos for her songs and dealing with other personal and professional issues.

The audience apparently has a soft spot for the talented singer, as the ratings are not amazing, but are indeed holding up rather decently, with an approximately 0.7 million viewers for the December, 17, 2015 episode of the reality series, and a 0.31 rating in the 18-49 demographic. The way Tamar handles releasing new albums, nation-wide promotional tours and family challenges are all parts of this exciting new season, as well as sharing the stage at BET Awards 2015 with her rival K.Michelle. Will the audience want another season? Will the ratings be enough to warrant another season? Stay tuned for more information and find out.

Subscribe to receive news and updates when a show is renewed or canceled. You will receive an automatic email when theTamar & Vince season 5 Episode 1 release date is officially announced.

Share this with friends:
ReleaseDate.show » Release » WE tv is yet to renew Tamar & Vince for season 5
Related Serial
When Will

This article has the most up-to-date info on the status of DCI Banks Series 6 as we continuously monitor the news to keep you in the know. Unfortunately, ITV has officially canceled the series. There will be no Series 6.Basic information and…