This article has the most up-to-date info on the status of Private Eyes season 2 as we continuously monitor the news to keep you in the know. Global has officially renewed the series for another season expected to debut in Spring 2017. To get notified of the exact premiere date – subscribe for updates below. 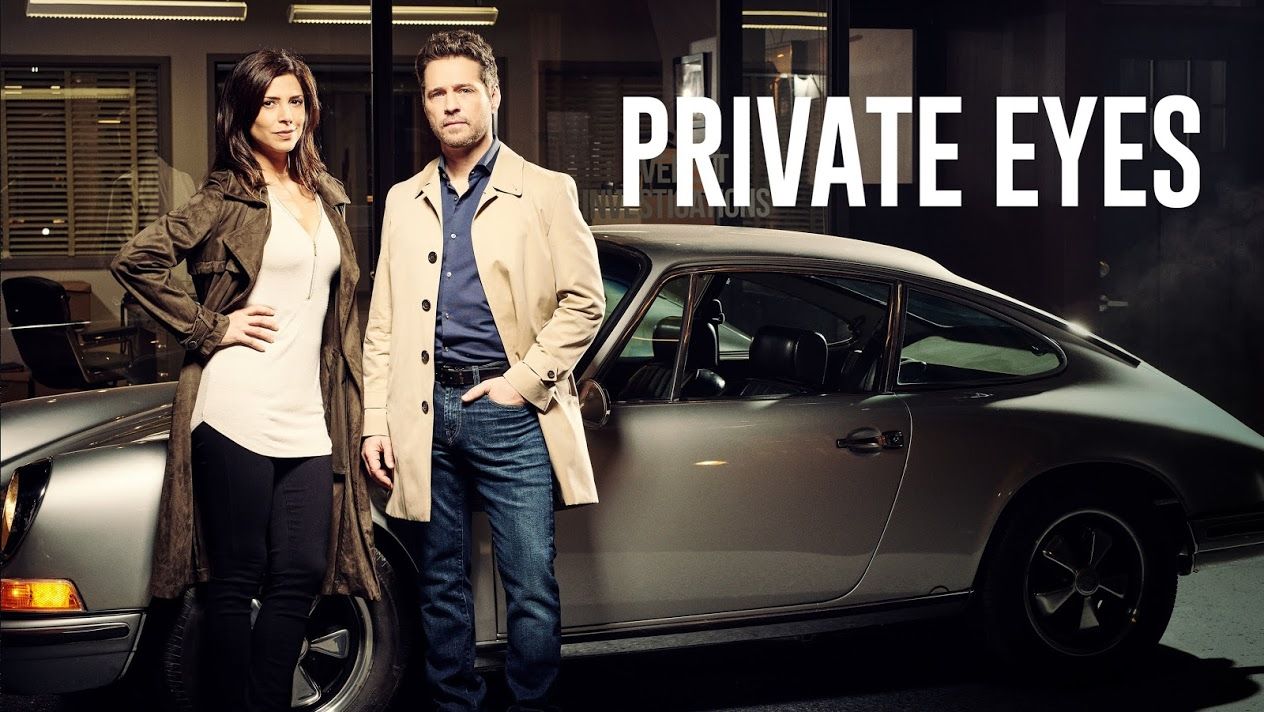 A Canadian detective drama airing on Global since May 26, 2016, Private Eyes is a dramedy TV series based on G.B. Joyce`s novel The Code. The series is created by Tim Kirby and Shelley Eriksen and produced by Entertainment One and Corus Entertainment. The first season is slated to contain 10 episodes.

A private investigating duo Matt Shade (Jason Priestley) and Angie Everett (Cindy Sampson) . Shade is a former professional hockey player with some skeletons in his closet and a natural ability to read people. He teams up with Angie, who heads her own investigative agency hoping to find redemption from his past and find a place where his skills can be of good use. They are constantly challenging each other, and form an unlikely, yet effective partnership.

The series premiered to 1.44 million viewers, and has a solid 6.5/10 IMDb score. It will feature a number of celebrity cameo appearances, with rapper and producer Kardinal Officehall, legendary hockey pro Doug Gilmour, WWE star “Edge” Adam Copeland, and many others. The crimes that the odd couple investigates encompass diverse spheres of life, such as horse racing, hip-hop scene, luxury dining, literature, magic clubs, and many more. Private Eyes is available for those who`d missed the broadcast on globaltv.com on the next day. No announcements have been made yet by Global regarding a second season, so please stay tuned and we`ll be sure to keep you informed.

UPDATED August 25, 2016: After a top-rated freshman season with an overall average of over 1 million viewers, Canadian detective series Private Eyes was predictably renewed by Global for a second season. The upcoming chapter will be comprised of 18 episodes, an almost two-fold increase compared to season one. Angie and Matt will continue to conduct their intriguing private investigations, and we are bound to find out whether that spark between them leads anywhere, and how Everett Investigations will fare after Angie offers Matt full partnership. Private Eyes season 2 will go into production this fall, and while no release time has been set yet, it can probable be expected to air next summer. Sign up for our automatic updates, and we’ll be sure to bring you the latest news.

UPDATED November 1, 2016: Last summer`s most-watched new series in Canada, criminal drama Private Eyes will return with a sophomore chapter in spring 2017, Entertainment One and Corus have announced yesterday. The 18-episode second season is already in the principal photography stage, with Jason Priestley (Matt Shade) and Cindy Sampson (Angie Everett) reprising their roles as the private investigator duo. The upcoming installment will pick up, as fans recall, with the two as equal partners in Everett Investigations, yet the challenges that this setup presents are numerous. Are they ready? Tune in and find out!

Share this with friends:
ReleaseDate.show » Release » Global officially renewed Private Eyes for season 2 to premiere in Spring 2017
Related Serial
When Will

AHC is yet to renew American Lawmen for season 2