This article has the most up-to-date info on the status of Kiss Bang Love (AU) Series 2 as we continuously monitor the news to keep you in the know. Unfortunately, Seven Network has officially canceled the series. There will be no Series 2. 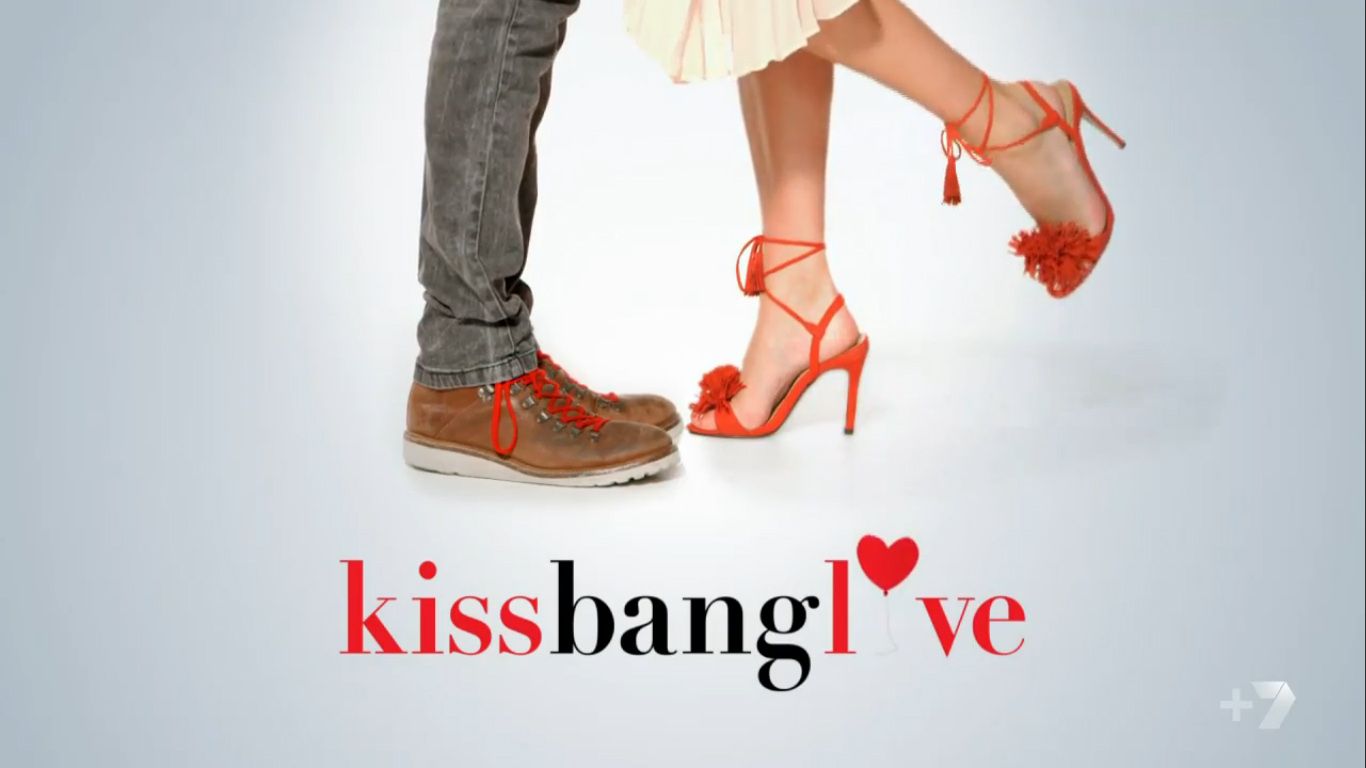 Australian Seven Network has come out with a reality dating television program Kiss Bang Love on May 24, 2016. The series is produced by Snowman Productions for Endemol, the company responsible for Married at First Sight, and offers another twist on the modern dating show concept. While it is not as far-fetched as Married at First Sight, Kiss Bang Love also offers a shortcut of sorts through the awkward first dates experience, only to offer its own brand of awkwardness.

In every episode one woman is introduced to a dozen male counterparts in a very original manner. Both the woman and the men are blindfolded, and she exchanges kisses with each one, then chooses five of them and kisses them without the blindfold. In another round of elimination only two prospective candidates remain, she goes on consecutive overnight dates with both, and only then makes a choice on which one to invite to a weekend getaway. The final choice is made at the airport, and the rejected one has to turn around and leave, which must be a demeaning experience.

The reviews of the early episodes of the show have been mixed, with most reviewers finding the concept of the accelerated forced intimacy that Kiss Bang Love propagates to be overbearing. The first episode premiered to 513,000 viewers, and slid to 383,000 by the third installment. It`s hard to predict whether these ratings will warrant a second season, so please stay tuned for the latest developments or sign up for our updates and receive relevant information via e-mail.

UPDATED July 29, 2016: In an announcement that did not really surprise anyone who has seen at least one episode of Kiss Bang Love, the show has been canceled by Australian Seven Network. It has neither impressed the critics nor managed to attract a decent number of viewers. The viewership quickly decreased from the already unimpressive 513,000 for the series premiere to a mere 137,000 viewers by episode 5. Seven’s other two dating series premieres, First Dates and Seven Year Switch, on the other hand, turned out to be solid gold for the network, and should return next year.