The release date for Growing Up McGhee season 2 — Pending

This article has the most up-to-date info on the status of Growing Up McGhee season 2 as we continuously monitor the news to keep you in the know. Up TV has officially renewed the series for another season expected to debut in 2017. To get notified of the exact premiere date – subscribe for updates below. 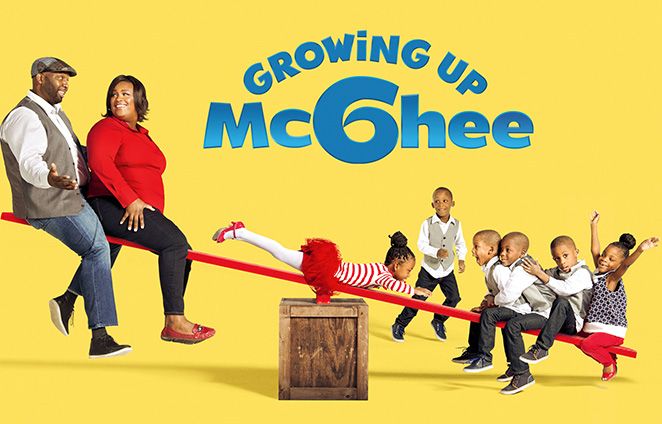 Growing Up McGhee is a US reality series that has debuted on UP TV on June 8, 2016, A Candor Entertainment production, it is executive produced by Joe Sorge and Philip Sternberg. The McGhee family are not strangers to television, OWN network has chronicled the life of the Columbus, Ohio family – Mia and Rozonno McGhee and their sextuplets from their birth on in its original reality series Six Little McGhees.

Mia and Rozonno both come from troubled families, where emotional and physical abuse were the norm. They have met while still in high school and have been married for 10 years. After several failed pregnancies their sextuplets arrived and changed their lives forever. Rozonno Jr, Olivia, Madison, Elijah, Isaac and Josiah have become tiny television stars at birth, and they are 5 years of age at the outset of the UP TV production. Other family members and friends are also a part of the show.

During the OWN broadcast the viewership ranged between 0.4 and 0.8 million viewers ver episode. It is an inspiring and entertaining portrayal of a loving, patient family, which has surely found a faithful audience. Fans enjoy following the exploits of the energetic kids, and the amazing calmness of the parents. There is definitely a lot to be learned by parents who think that they have their plate full with one or two kids. There`s been no word on either a renewal or a cancelation, but the McGhees have become such viewers` darlings, that we`re almost surely bound to see more of them on screen in the future.

UPDATED August 18, 2016: After a very successful freshman series broadcast, UP tv’s Growing Up McGhee was renewed for a 10-episode second chapter, tentatively scheduled to hit the screens in 2017. The warmth and the humor emanating from the McGhee family wooed the viewers, and led to solid ratings for the program. Stay tuned, and we will let you know when the Mia, Rozonno and their cute and mischievous sextuplets will return to the small screen.

Share this with friends:
ReleaseDate.show » Release » Up TV officially renewed Growing Up McGhee for season 2 to premiere in 2017
Related Serial
When Will

Bravo is yet to renew Don&rsquo;t Be Tardy for Season 6