This article has the most up-to-date info on the status of BrainDead season 2 as we continuously monitor the news to keep you in the know. Unfortunately, CBS has officially canceled the series. There will be no season 2. 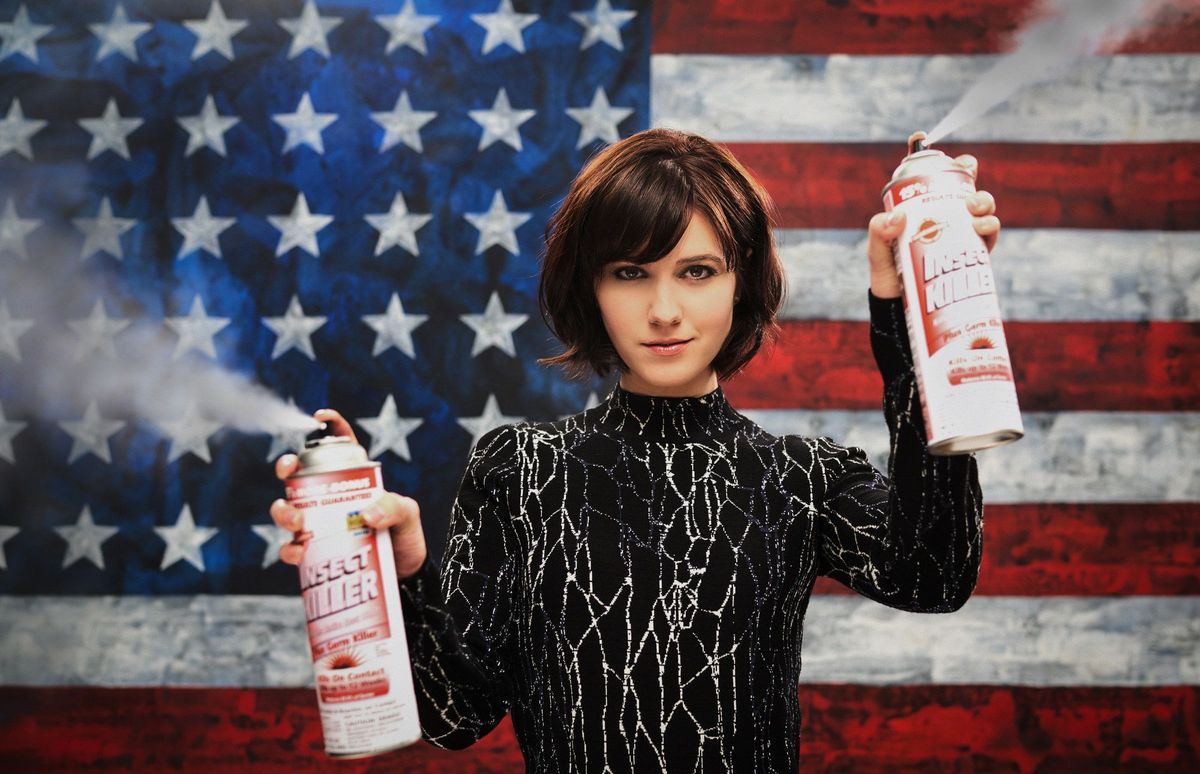 BrainDead is a new US comedy / political thriller created by Robert and Michelle King (The Good Wife) and airing on CBS since June 13, 2016. The series is produced by the Kings, Ridley Scott and David W. Zucker and hails from Scott Free Productions, King Size Productions and CBS Television Studios. The freshman installment contains 13 episodes.

A federal employee Laurel Healy (Mary Elizabeth Winstead) makes a discovery that is troubling to say the least – it turns out that many politicians are infected by extraterrestrial bugs who are literally eating their brains. This infection is what`s responsible for the chaos that the political life is so full of, and the international alien conspiracy is threatening all of humanity. The cast also includes Danny Pino (as Senator Luke Healy (D)), Aaron Tveit (as Gareth Rider), Nikki M. James (as Rochelle Daudier), Jan Maxwell (as Senator Ella Pollack(D)), Johnny Ray Gill (as Gustav Triplett) and Tony Shalhoub (as Senator Raymond “Red” Wheatus (R))

The series has a 7.4/10 IMDb score. The mix of genres is truly stupefying – with a bit of sci-fi, satire, suspense, and even a hint of romance thrown in. The horror aspect, however, is far from pronounced. The writing and the cast are praised and the reviews are generally positive. BrainDead premiered to 4.59 million viewers, but the viewership declined rather significantly – by the third episode only 3.29 million were tuning in. Most of the first season episodes are still ahead, so it is difficult to predict how it will fare in terms of a renewal. The premise is billed by reviewers as one that needs to be extended in order to last beyond the first season. Stay tuned for further news.

The 13-episode freshman season of sci-fi comedy series Braindead has concluded on CBS on September 11, 2016. The most important development portrayed the final part was that the brain-eating parasites were expelled from Red and others in Washington, D.C. The powerful season finale of the exciting series from Michelle and Robert King aired with an audience of 2.06 million viewers. This is a significant, over two-times decline from the series` launch viewership, which drew 4.59 million viewers to the small screen. There are rumors that if the show was to continue, the action would move to Wall Street, Silicon Valley, Hollywood, and other industry centers in various spots in the US. So will there be another season of Braindead? CBS has yet to make a decision on the fate of the sci-fi comedy series, so please stay tuned for the latest news.

UPDATED October 18, 2016: Neither one of CBS’ summer newbies will make it to the second season. Both Braindead and American Gothic were canceled by the network in a sweeping decision. Braindead was originally conceived as at least a four-season arc, yet the devastating ratings made the network reconsider its plans. The freshman season premiered to an already disappointing 4.6 million viewers, and went out with merely 2 million for the final episode. It was clear that the sci-fi comedy is not going to last when its showrunners Robert and Michelle King moved on to another project, The Good Wife’s spinoff All Access. Farewell, Braindead.

CBS is yet to renew BrainDead for season 2

The release date for BrainDead season 2 — PendingThis article has the most up-to-date info on the status of BrainDead season 2 as we continuously monitor the news to keep you in the know. CBS is yet to make a decision on its future. Subscribe to our…