This article has the most up-to-date info on the status of To Tell the Truth season 2 as we continuously monitor the news to keep you in the know. ABC has scheduled the premiere date for a new season for January 1, 2017. 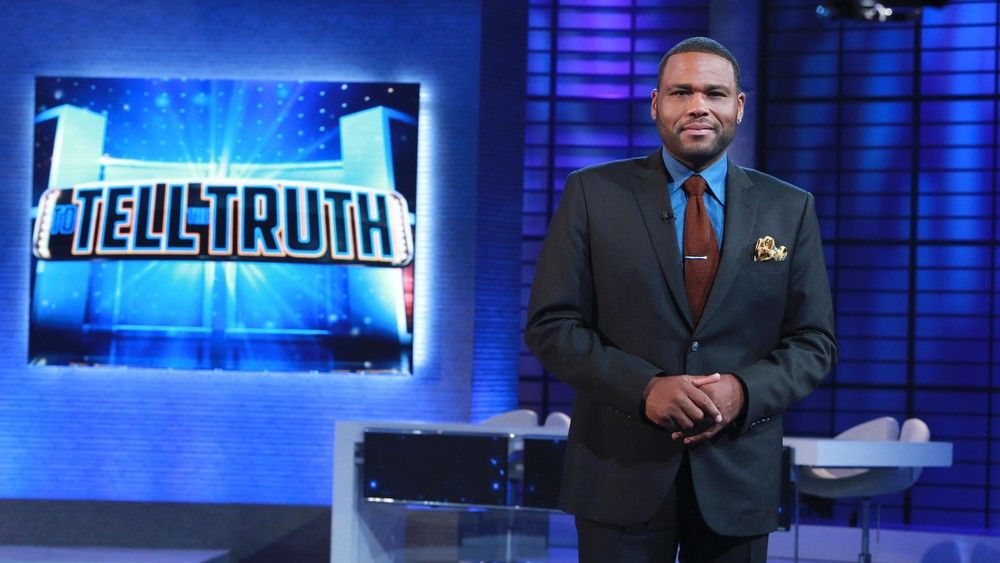 ABC has made a historic decision to revive To Tell the Truth, a game panel show that has aired since 1956 on CBS, was subsequently syndicated, later taken up by NBC and eventually canceled in 2001. On June 14, 2016 the program was resurrected in a 45-minute format (twice the size of the previously produced episodes). Originally created by Bob Stewart, it is produced by FremantleMedia North America and presented by Black-ish star Anthony Anderson.

The six-episode first season of the re-imagined game show features Betty White, a panelist from the program`s NBC times, NeNe Leakes, and Jalen Rose, and guest panelists, including Mike Tyson, Iliza Shlesinger, Brooks Wheelan, Tracee Ellis Ross, Yvette Nicole Brown and Daymond John. The premise of the show is for several people to pretend that each one of them is a certain central character. The panelists challenge them by questioning and attempting to figure out who the impostors are.

To Tell the Truth premiered to 5.21 million viewers, a share of 4 and a 1.0 rating in the 18-49 demographic. By the end of June the viewership went down by a million, but the demo rating and the share are holding very steady. The numbers are neither brilliant nor a flop, which makes it difficult to predict the show`s future with any degree of certainty. No renewal or cancelation announcements have come from ABC headquarters yet, but it would seem strange to revive a show for just one season, so we think that the network might give To Tell the Truth another chance. Stay tuned for relevant news.

UPDATED August 5, 2016: ABC’s successful revival of To Tell the Truth game panel show scored a second season renewal. The program reached an average of 5.2 million viewers, a 1.2 demo rating and a share of 4 in adults 18-49 during its freshman season. In fact, it delivered ABC’s top summertime average for the time slot in 3 years in the number of total viewers, and in 2 years in the most coveted 18-49 demographic. There has been no word on when the upcoming season may be launched, so please stay tuned for relevant announcements.

UPDATED November 20, 2016: The revival of classic panel game show To Tell the Truth has proven to be the right decision for ABC, as the first season of the show was a success this summer, delivering top-notch demo averages in several years and enjoying excellent social media response. The second season has been commissioned, and even though both To Tell the Truth and Match Game were initially renewed to premiere in the summer of 2017, they were moved up to the winter in light of the acclaim that they`ve gathered. The premiere is set for January 1, 2017, so don`t forget to tune in on New Year`s Day and wind down from the holiday celebrations.

Share this with friends:
ReleaseDate.show » Release » ABC scheduled To Tell the Truth season 2 premiere date
Related Serial
When Will