This article has the most up-to-date info on the status of Decker Unclassified season 2 as we continuously monitor the news to keep you in the know. Adult Swim has officially renewed the series for another season. To get notified of the premiere date – subscribe for updates below. 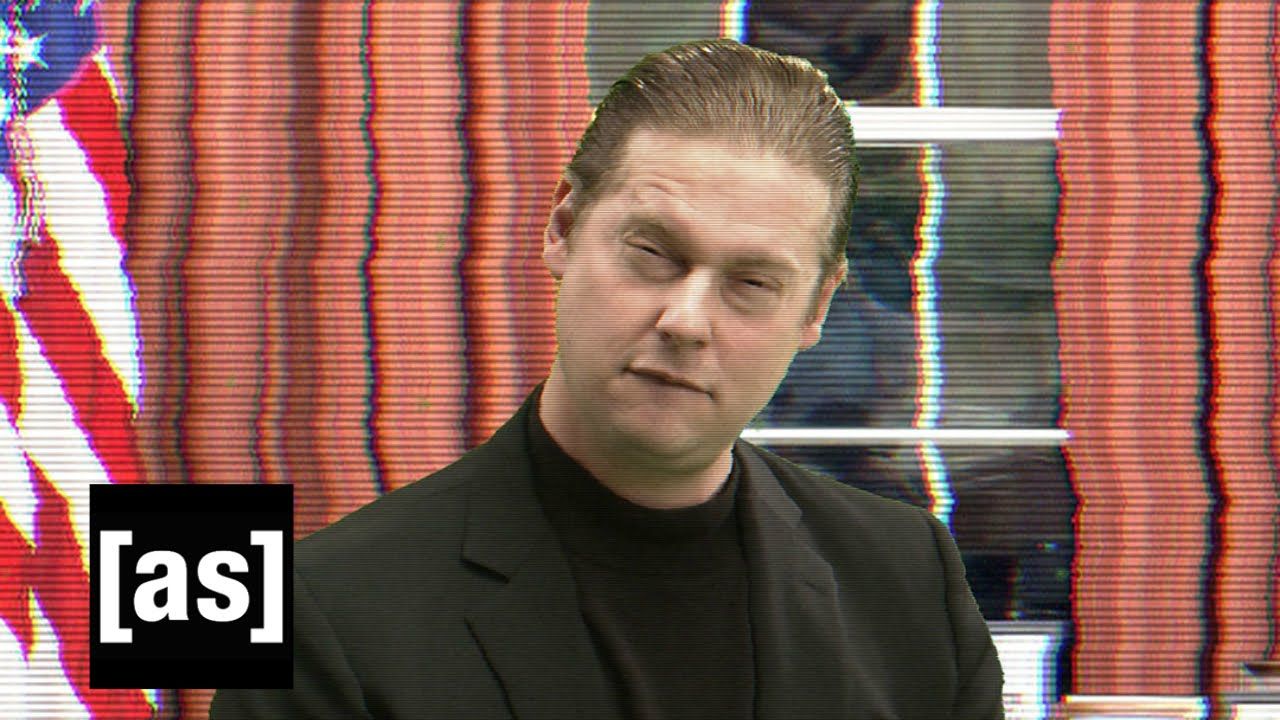 Decker is an Adult Swim satirical criminal drama / comedy television series that was produced as a web series since 2014, and was subsequently taken up by Adult Swim. It is created by the multi-talented American comedian, director, writer, actor and musician Tim Heidecker, who`s responsible for several other Adult Swim shows. Heidecker also executive produces the show alongside Dave Kneebone, Gregg Turkington, Eric Warehiem and co-exec producer Eric Notarnicola. The first television season has premiered on June 17, 2016.

Jack Decker is a CIA superagent who incessantly fights to save America from imminent terrorist threats, which the weakling politicians have no guts to deal with. Joe Estevez is president Jason Davidson, Gregg Turkington is special agent Jonathan Kington, the other two main cast members are James Mane Jr. and Mark Proksch.

The series pushes glorification of violence to its logical extreme, where it becomes absurd and hilarious. Killing in the name of peace is not funny in and of itself, but approaching it in this manner allows to subvert the stereotypes that aren`t even questioned any more. Decker is intentionally bare-bones low-budget, and does not attempt to pretend otherwise, which allows it to make the most slapdash aesthetic choices. The show has an excellent 8.8/10 IMDb rating and delivers excellent viewership numbers, for example, a recent episode has drawn an audience of 1.19 million viewers and a 0.5 rating in the 18-49 demo. No announcements have been made by Adult Swim regarding the renewal of Decker for next season, but Heidecker has mentioned that he`s ready to go on almost indefinitely, so let`s see how the network decides to go about the future of Decker.

UPDATED November 8, 2016: Decker: Unclassified has proven to be as much a success on television as it was online, drawing over a million viewers per episode for its freshman season on Adult Swim, leading the network to renew Tim Heidecker`s satirical comedy series for a second installment. No further details are revealed at this point, so please stay tuned, and we will bring you release date into as son as it is revealed.

Share this with friends:
ReleaseDate.show » Release » Adult Swim has officially renewed Decker Unclassified for season 2
Related Serial
When Will