This article has the most up-to-date info on the status of Top Secret Swimming Holes season 2 as we continuously monitor the news to keep you in the know. Travel Channel has scheduled the premiere date for a new season for January 1, 2017. 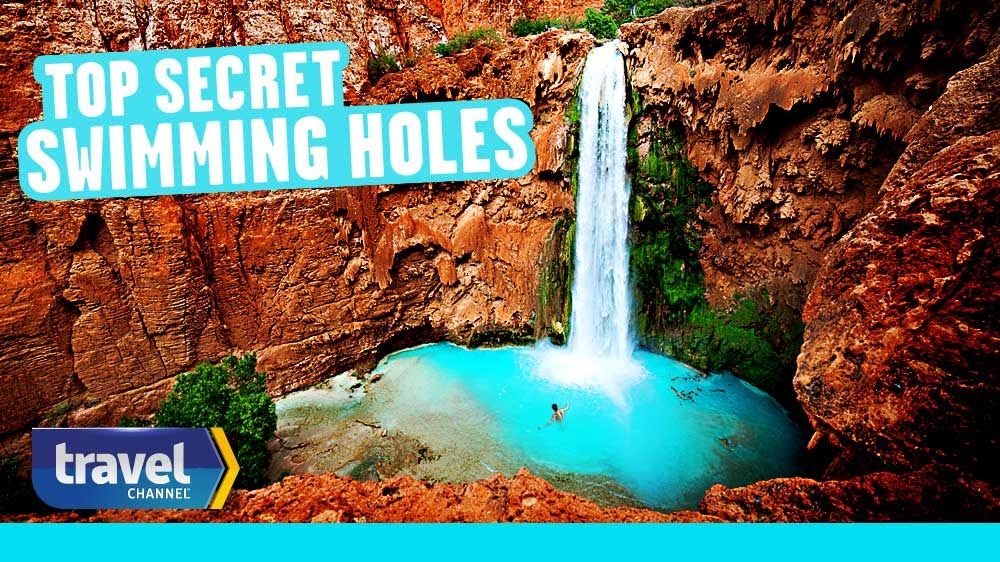 Top Secret Swimming Holes is an all-new documentary television series airing on the Travel Channel in the United States. It is produced by LMNO Productions and executive produced by Scooter Yancer. The first season of the travel documentary has debuted on June 19, 2016.

The most amazing diving and swimming spots are presented to the audience. Some are distinguished by the pure beauty of the waters, some by the lovely surrounding landscape, some are secluded, others mysterious, still others romantic or, on the contrary, perfect for the lovers of extreme water sports.

The current season features the most unusual nature gems – a crystal clear waterfall hidden away in Arizona`s Indian Reservation, underwater caves that date back to the ancient Mayan civilization, a Vermont quarry where you can enjoy a swim with a manatee. Visiting any one of these breathtaking locations is an adventure to remember, but while you are still planning your trip, tune in and enjoy the sights. Top Secret Swimming Holes has premiered with a 0.1 demo rating and 0.375 million viewers, and not only hasn`t lost any of its audience, but actually edged up to 0.2 in the demo, and 0.391 million viewers for the third episode. Will these numbers be enough for the program to be renewed for another season? Quite possibly, as it fills a certain niche, and seems to be doing it rather successfully. Stay tuned, and we`ll e sure to monitor network announcements and keep you informed.

UPDATED August 25, 2016: Travel Channel has renewed several of its fun summer water-themed series, Top Secret Swimming Holes among them. There will be more beautiful sunny places to dive into around the world gracing our screens in the next programming season, and everybody is bound to find something for his or her taste. Additionally, Travel Channel is expanding its Top Secret slate with Top Secret Beaches and Top Secret Waterfalls for those who just can’t get enough water on television. Sign up for our automatic updates and we’ll inform you as soon as a release date is set for Top Secret Swimming Holes season 2.

UPDATED December 8, 2016: Dive into the Winter – that is Travel Channel`s winning formula for attracting the pale, sun-starved viewers to the small screen, and Top Secret Swimming Holes is now an integral part of the programming block. The second season of the program that allows the audience a peek at the most incredible, extreme and scenic places for a swim will premiere on January 1, 2017, right when the holiday celebrations are over, and should provide an inspiring start to the new year. Relax and enjoy the show!

MTV is yet to renew Ladylike for season 2

The release date for Ladylike season 2 — PendingThis article has the most up-to-date info on the status of Ladylike season 2 as we continuously monitor the news to keep you in the know. MTV is yet to make a decision on its future. Subscribe to our…