This article has the most up-to-date info on the status of MasterChef Australia season 9 as we continuously monitor the news to keep you in the know. Network Ten has officially renewed the series for another season expected to debut in 2017. To get notified of the exact premiere date – subscribe for updates below. 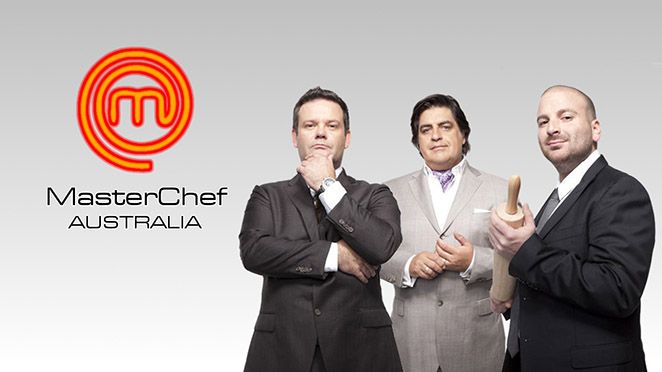 About the show and storyline

MasterChef Australia is an award-winning cooking game show based on the original British MasterChef franchise. Featuring renowned restauranteur Gary Mehigan, chef George Calombaris and notable food critic Matt Preston as judges, the series has gained a cult following since its premiere on April 27, 2009 on Network Ten. MasterChef Australia season 8 premiered on May 2, 2016.

Cooking game shows continue to dominate reality TV. Beyond the delicious dishes there is drama — in and out of the kitchen. MasterChef Australia has consistently delivered both. With a slightly different format than the original, the competition starts with an open audition that has contest hopefuls from across Australia presenting their signature dishes to be considered one of the 50 semi-finalists. Semi-finalists compete in challenges that whittle the group down to 20 who stay for the remainder of the show for a chance to win A$250,000 cash prize.

This season some of Australia`s as well as the world`s top chefs are featured on the program – Nigella Lawson, Heston Blumenthal, Maggie Beer and Kylie Kwong, among others. Now in its eighth season, MasterChef Australia continues to hold steady with audiences. Averaging 1.42 million viewers, the show is the most watched program in its time-slot. Dominating Australian ratings during season 1 and 2, and at times averaging more than 2 million viewers per episode. It was even a catalyst for four spin-offs, including a celebrity and junior version, which were eventually cancelled so that producers can focus on the original. MasterChef Australia season six and seven picked up ratings, but it remains to be seen how the show fares in season 8 (although there are practically no doubts as to its further renewal).

UPDATED May 23, 2016: Aussie ratings monster Masterchef Australia has not been officially renewed yet, and it`s almost redundant – because the show is dominating the ratings chart and there haven`t been any doubts regarding its renewal anyway. And, indeed, just a month into the current season auditions are already commencing for the next, ninth installment. Filming is set to take place between fall 2016 and spring 2017. Sign up for our updates and be automatically informed of the upcoming season`s release date.

Share this with friends:
ReleaseDate.show » Release » Network Ten officially renewed MasterChef Australia for season 9 to premiere in 2017
Related Serial
When Will