This article has the most up-to-date info on the status of Bizarre Foods with Andrew Zimmern season 20 as we continuously monitor the news to keep you in the know. Travel Channel has scheduled the premiere date for a new season for October 4, 2016. 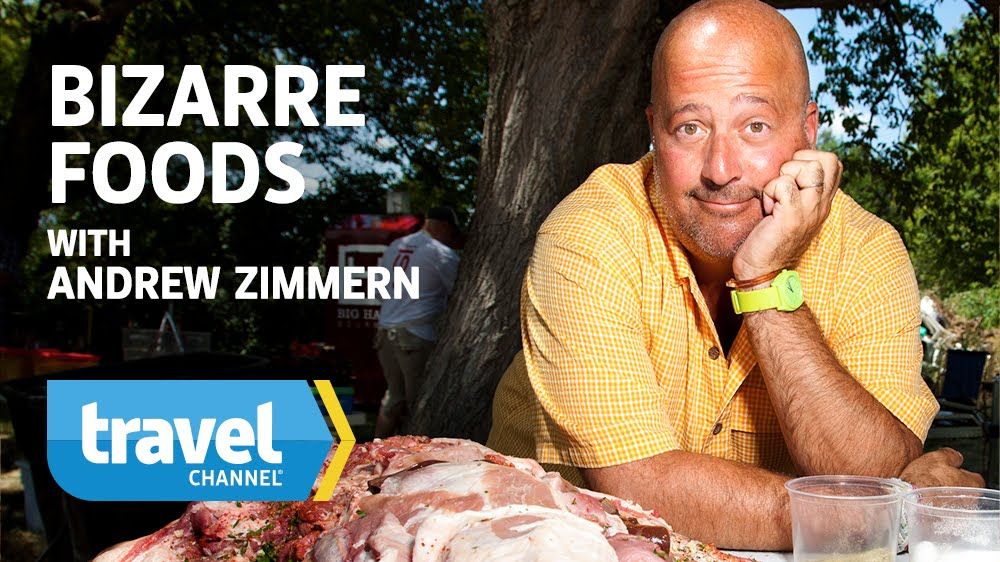 Bizarre Foods with Andrew Zimmern is a travel and culinary documentary television series with a twist that airs on the Travel Channel in the United States. It has originated from a 60-minute documentary, and subsequently commissioned for a full series which debuted in 2007. It is currently in its 19th season, which has premiered on June 22, 2016. The program is executive produced by Colleen Steward and produced by Fremantle Media Enterprises.

As the title of the show does not leave much room for misinterpretation, Bizarre Foods features host Andrew Zimmern exploring various international cuisines in their most extreme manifestations. The current season premiered with an episode that took the viewers to Madrid, Spain in search of organ omelettes, duck liver jewelry and baby pig heads. The following episodes were set in Senegal (sea salt harvesting and sheep`s head roast) and North Carolina (pig appendix and raw turtle testicles might not be for everyone, but a curious conversation starter nonetheless)

Ratings, controversy and chances of renewal

The docu-series has an 8/10 IMDb score, with viewers praising it for the likable personality of the host and informativeness. In the later seasons there was some criticism of the Andrew Zimmern`s incessant arrogant and derogatory comments. There have also been serious concerns about extreme animal cruelty demonstrated on television, but the show`s still running, and garnering decent ratings. The current season premiered with a 0.2 rating and 0.46 million viewers, and continued just as strong. No announcements have been made regarding the series` future, so stay tuned and we`ll keep you informed of its status.

UPDATED September 8, 2016: More unexpectedly mouthwatering tidbits from around the globe are featured on the 20th season of Bizarre Foods with Andrew Zimmern that is scheduled to premiere on Tuesday, October 4, 2016 at 9pm on the Travel Channel. The upcoming season will take the audience on a virtual trip to Bali, Rome, Seoul, Vancouver, Rome, Detroit, Copenhagen, Pittsburg and other locations in order to introduce the viewers to the best and most savory bits from these locations. Sign up for our automatic updates and we`ll drop you a reminder one day prior to the premiere.