The release date for Penn & Teller: Fool Us season 4 — Pending

This article has the most up-to-date info on the status of Penn & Teller: Fool Us season 4 as we continuously monitor the news to keep you in the know. The CW has officially renewed the series for another season expected to debut in Summer 2017. To get notified of the exact premiere date – subscribe for updates below. 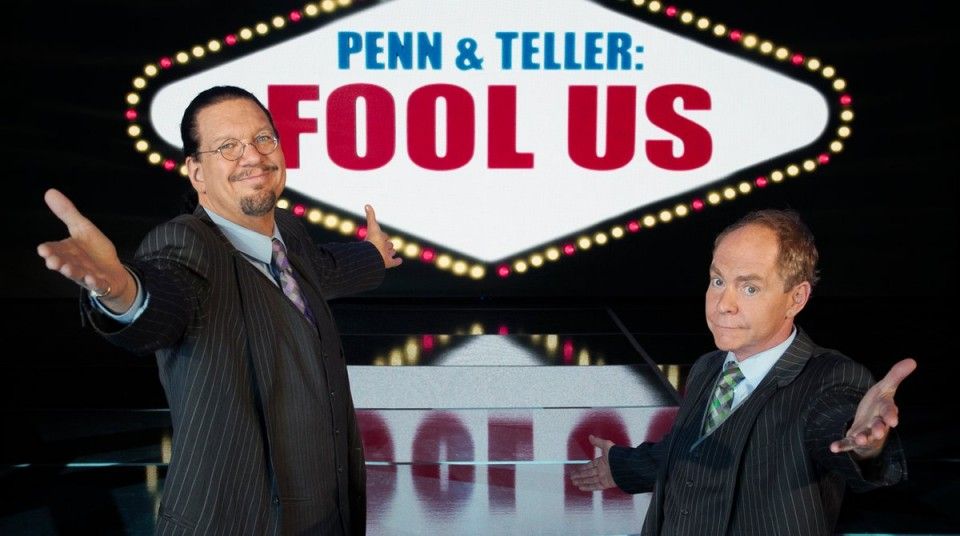 Penn & Teller: Fool Us is a joint collaborative production between the UK and the United States. This magic competition and comedy show is created by Penn Jilette, Teller, Peter Adam Golden and Andrew Golder, executive produced by Golcer, Golden and Peter Davey and produced by 1/17 and September Films. The current season is presented by Alyson Hannigan, who has taken over for Jonathan Ross. Penn & Teller are an American duet of magicians and comedians who act as the judges on the show. The third season has premiered on The CW on July 13, 2016.

Magicians perform their best tricks in front of the masters, and if Penn & Teller can figure out how the trick was performed, the contestant is out. However, if the workings behind the trick remain a mystery, then the lucky participant gets an unbelievable chance to open for Penn & Teller in their Las Vegas show.

The show originated in the UK and aired on ITV. After being canceled in 2012, The CW picked it up and it has proven a ratings success, with the second season delivering the highest ratings in five years in its timeslot, reaching 2.35 million viewers in mid-season. The third season debuted to a very reasonable 1.46 million viewers, a 0.4 rating in the 18-49 demo and a share of 2. The show is hailed as highly entertaining and funny, with only one inevitable setback cited. The secrets of the tricks remain secrets, since otherwise the tricks would no longer be of value. There has been no word on the next season of Penn & Teller: Fool Us, so please stay tuned for more information.

UPDATED October 25, 2016: One of the summer series renewed by The CW for next year is Penn & Teller: Fool Us, which scored a fourth season renewal. The unscripted magic and comedy show will continue to air in the summer of 2017, with magicians from around the globe attempting to impress the masters in hopes of joining them in their performance in Las Vegas. Sign up for our automatic updates, and we’ll inform you when the release date is announced for Penn & Teller: Fool Us.

Share this with friends:
ReleaseDate.show » Release » The CW officially renewed Penn & Teller: Fool Us for season 4 to premiere in Summer 2017
Related Serial
When Will

The CW is yet to renew Penn & Teller: Fool Us for season 4