The release date for Take Me Out series 9 — Pending

This article has the most up-to-date info on the status of Take Me Out Series 9 as we continuously monitor the news to keep you in the know. ITV is yet to make a decision on its future. Subscribe to our automatic updates below. 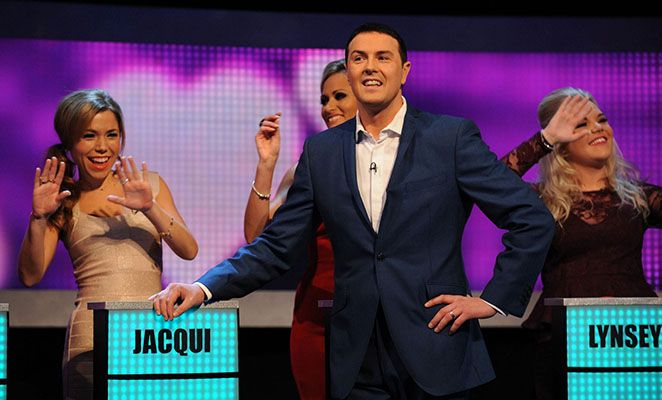 Take Me Out is a popular British dating game series broadcast on ITV since January 2, 2010. The series is produced by Thames (formerly Talkback Thames) and is hosted by comedian Paddy McGuiness. Take Me Out is based on Taken Out, an Australian show with a similar format. The eighth series has aired on January 2, 2016.

The series` objective is for one bachelor to come out with a date at the end of the episode. One episode usually has four single men looking for love. The format is such that after becoming acquainted with the prospective date any woman from the thirty-women line-up can remove herself from the competition for this particular candidate`s attention. Then the man has a chance to eliminate all but two of the remaining women. When two are left, he proceeds to ask them a question and then chooses just one to try his luck with.

The series has proven popular with the public, averaging close to 3 million viewers per episode for the last completed series. Initial critical reception was largely negative due to the sexual stereotyping, cringe-worthy sex jokes and general judgmental atmosphere. It is, after all, about making a rather superficial judgement about a complete stranger, isn`t it? Well, the audience counters, but it`s fun to watch! And it apparently is pure fun, as Take Me Out does not pretend to be a place to search for ever-lasting love, which would somehow seem even more disturbing. There might be no end to the viewers` desire for this particular kind of fun, so there is bound to be more of this flirtatious and light-hearted series.

Subscribe to receive news and updates when a show is renewed or canceled. You will receive an automatic email when theTake Me Out Series 9 Episode 1 release date is officially announced.

Share this with friends:
ReleaseDate.show » Release » ITV is yet to renew Take Me Out for series 9
Related Serial
When Will