This article has the most up-to-date info on the status of Coach Trip Series 15 as we continuously monitor the news to keep you in the know. E4 has officially renewed the series for another season. To get notified of the premiere date – subscribe for updates below. 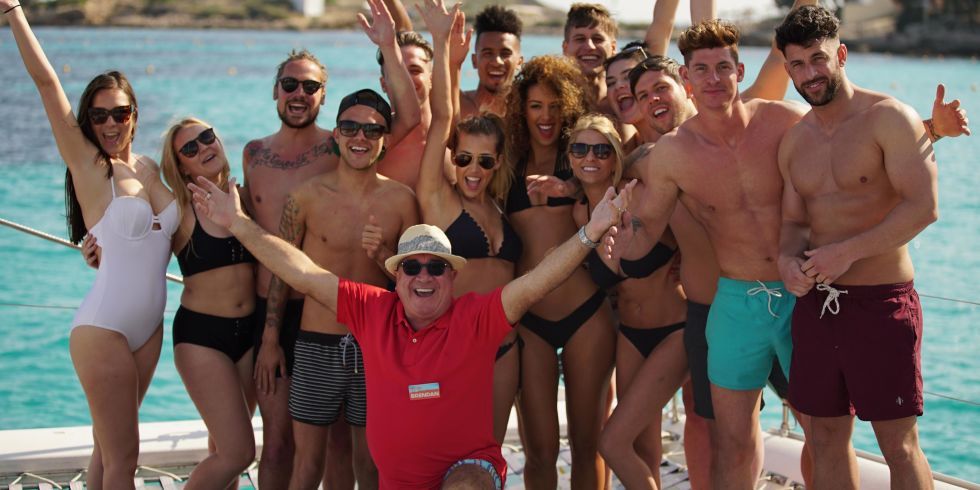 Coach Trip is a British reality game show that has aired intermittently between 2005 and 2015 on Channel 4 and is currently broadcast on E4 beginning on July 26, 2016. The program is produced by 12 Yard, stars tour guide Brendan Sheerin and narrated by Clara Amfo. The 14th series, which is currently on the air, contains 30 episodes.

The show portrays several (usually 4 to 7) teams of two passengers on their way through continental Europe by coach. Sometimes there are detours into Northern Africa and Western Asia. The coach tours last 20, 30 or 50 days, while celebrity editions are shortened to 10 and Christmas specials to 15-day trips. At the end of each day the passengers discuss the candidates to be voted out, and at the end of the trip the winner receives a prize – most often some money for the charity of their choice and another coach trip voucher.

The most recent series is titled Coach Trip: Road to Ibiza. The producers have hinted at the likelihood of a fifteenth series, and perhaps more chapters in the future. Although no official announcements have been made by Channel 4 or E4, the production company behind the program has in fact put out a casting call for the next series, with the production expected to take place between October 1, 2016 and November 20, 2016. All viewers have to do is wait for an official confirmation and a release date for the next series.

UPDATED September 9, 2016: In late August the fun British reality travel and competition Coach Trip has announced a casting call for the next 15th series on its official website. The hit program is returning to E4, although the release date or any details regarding the upcoming series have not yet been revealed. Applications are accepted until October 31, 2016, so if you think you`re up for a coach trip, there`s still plenty of time! Stay tuned for further details, and we`ll be sure to bring you relevant info in a timely manner.

Share this with friends:
ReleaseDate.show » Release » E4 has officially renewed Coach Trip for series 15
Related Serial
When Will

SBS is yet to renew Unplanned America for series 4

The release date for Unplanned America series 4 — PendingThis article has the most up-to-date info on the status of Unplanned America Series 4 as we continuously monitor the news to keep you in the know. SBS is yet to make a decision on its future.…