The release date for Raise the Roof season 2 — Pending

This article has the most up-to-date info on the status of Raise the Roof season 2 as we continuously monitor the news to keep you in the know. DIY is yet to make a decision on its future. Subscribe to our automatic updates below. 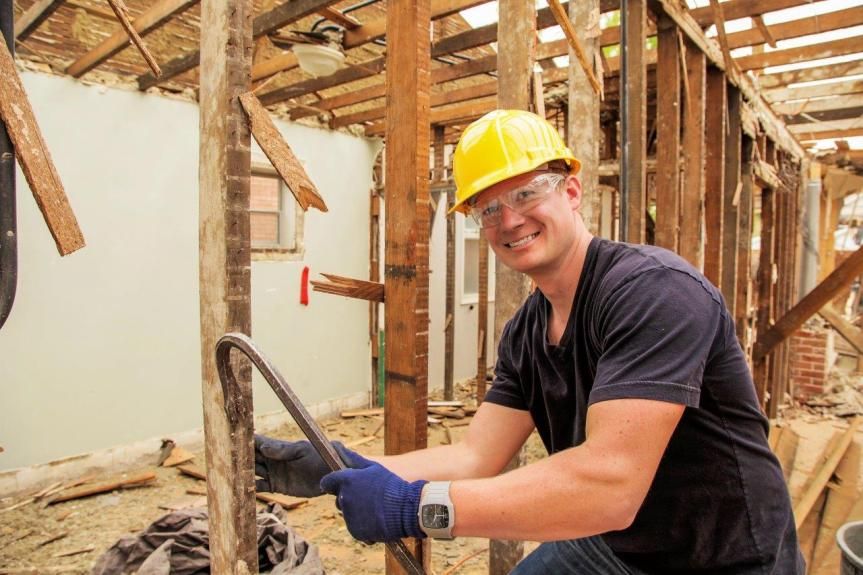 About the show and cast

Raise the Roof is a new DIY home renovation show that introduces the audience to the Denver-based real-estate investor and building contractor Keith Nylund. The series is produced by 12 Forward Entertainment, with the first season comprised of seven 30-minute episodes. The show has premiered on July 21, 2016.

The program features Nylund turning small historic properties into amazing modern homes by disassembling their roofs and adding space by installing additional floors. Keith is an experienced house flipper, and now he and his crew specifically undertake roof projects, which made this nice niche home renovation series possible. He expresses concern for preserving the historic charm of the buildings that he refurbishes, and that is something that he and the producers have settled on.

The very first episode portrays the expansion of a 1910 bungalow by 1,900 square feet, and additionally fixing the communications that were damaged throughout the house. The implementation often veered from the original projects for various reasons, but that makes the show feel all the more realistic.

Keith Nylund has a likable personality, the show has a twist that distinguishes it from the slew of home renovation shows currently on television, so on the surface all of the elements for a renewal are there. We may very well see another season of Raise the Roof, so please sty tuned and we`ll keep you informed.

Subscribe to receive news and updates when a show is renewed or canceled. You will receive an automatic email when theRaise the Roof season 2 Episode 1 release date is officially announced.

Share this with friends:
ReleaseDate.show » Release » DIY is yet to renew Raise the Roof for season 2
Related Serial
When Will