This article has the most up-to-date info on the status of Anh’s Brush with Fame Series 2 as we continuously monitor the news to keep you in the know. ABC (AU) is yet to make a decision on its future. Subscribe to our automatic updates below. 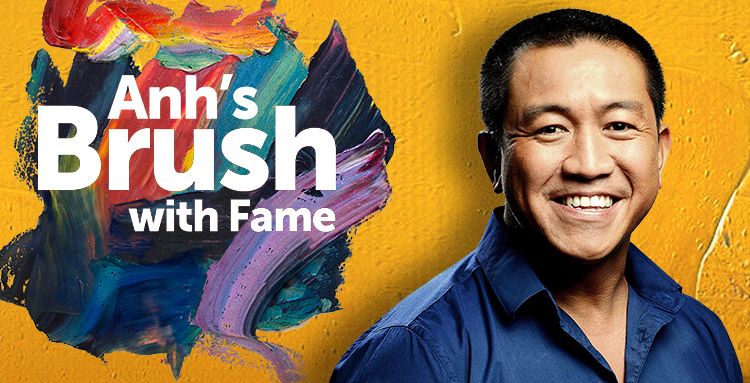 A new Australian television comedy and talk show. Anh`s Brush with Fame debuted on ABC AU on August 24, 2016. It is produced by Screentime and Johnny Lowry. The first series contains eight episodes and stars Anh Do, an accomplished and award-winning painter, who paints portraits of celebrities in real-time while having a conversation with them. Guests share private memories, photos from their personal archives, making the exchanges emotional and the portrait more meaningful.

Comedian Anh Do has only recently picked up a paintbrush, but has already achieved considerable success in his new hobby, winning competitions like Kogarah Art and getting to the final of the 2014 Archibald Prize. Anh`s guest list this series includes Amanda Keller, Magda Szubanski, Jimmy Barnes, Craig McLachlan, Anthony Mundine, Kyle Sandilands, Dr. Charlie Teo and Kate Ceberano.

Viewership, reviews and chances of renewal

So far the show is averaging 0.82 million viewers for the first three episodes, and the inspiring and fun show is garnering positive reviews – the beautiful artwork, Anh`s radiant personality, entertaining conversations – all of these aspects are hailed by the viewers. The finished portrait is revealed to the guest at the very end of the episode, and their reaction is also an integral part of the show. Whether or not Australian television audience is anxious to see another series of Anh`s Brush with Fame remains to be seen, so please stay tuned and we will inform you when any relevant announcements are made.

Subscribe to receive news and updates when a show is renewed or canceled. You will receive an automatic email when theAnh’s Brush with Fame Series 2 Episode 1 release date is officially announced.

Share this with friends:
ReleaseDate.show » Release » ABC (AU) is yet to renew Anh’s Brush with Fame for series 2
Related Serial
When Will